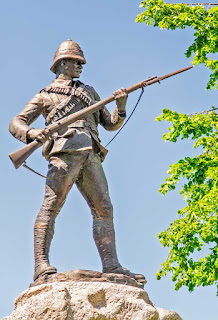 Ireland has been on my itinerary for a long time and I finally got there.  This trip will be split in several sections due to the extensive travel throughout the island.  There are two countries here,  The Republic of Ireland and Northern Ireland which is still part of the British Empire.  The history is complicated and it took me a while to figure it out but I may be wrong. When the English conquered Ireland, the Irish became indentured servants and were not allowed to own land.  The English Lords moved in and developed their estates.  The civil wars started and the Republic of Ireland gained its independence in 1922 from England  just as the USA about 240 years earlier. Similarly the northern borders of the liberated countries in this case, Northern Ireland and Canada, remained part as part of the English Commonwealth. 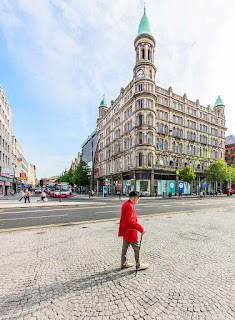 Belfast is the capital and largest city of Northern Ireland and at one time was an industrial and economic power that faded with the British Empire by the end of WWII.  Its name has nothing to do with breakfast but it means “Mouth of the River”.  It has a magnificent City Hall completed in 1906, with a park full of statues and the inner halls preserving the greatness of the past.  It is readily accessible and open to the public and the grassy areas are full of life - particularly at lunch time when the office workers come to enjoy their lunches - with vendors and itinerant musicians.  Surprisingly I did not see street people living in the park. There are numerous stained windows but the one shown attracted my attention because of its content; it depicts various episodes in its history such as the heavy bombing during WWII and maritime heritage.  Being a working City Hall, there were various wedding parties celebrating the events…little did they know that there were going to be caught by paparazzi. 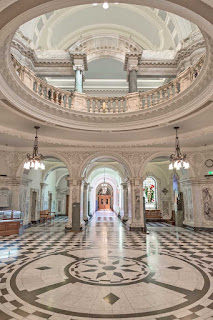 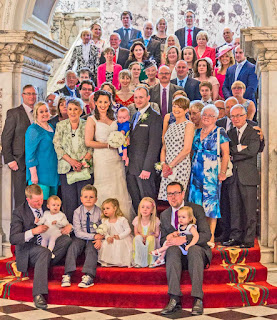 The city is modern and clean with the traditional botanical gardens, museums and university.  The botanical gardens include the domed glass Palm House built in 1849 is unique in having a cold wing and a hot wing where the dome is located. You never know who you are going to run into - a statue of Lord Kelvin is also on the grounds. 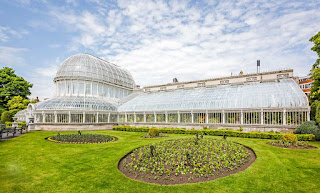 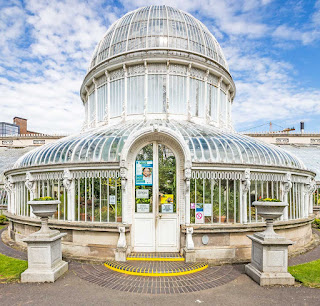 The Ulster Museum was renovated in 2009 combining multiple collections of biological, geological anthropological  as well as historical artifacts located at various levels with a central atrium looking down into the entry level.  It has modernistic sculptures but most interesting at the time of the visit, a display of Viking Deadly Dragons that attracted children as if they were ice cream. The last image is that of the Belfast University where all the stories of dragons, witches and leprechauns are delegated to myths.  The museum layout is different but worth visiting. 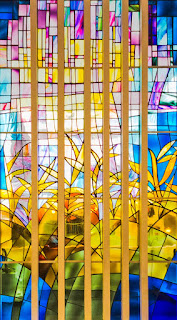 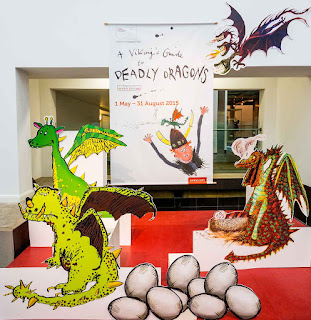 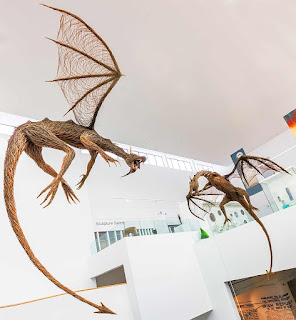 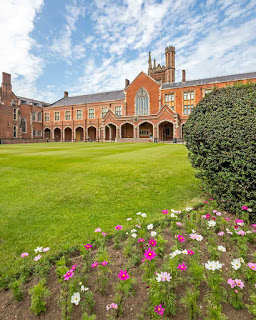 Walking downtown one encounters the grotesque as well as the unusual.   Imagine running into Medicare here…nostalgia of home. A giant quilt covering the facade of a sewing schools and multitude of pubs.  Surprisingly traffic is heavy and the streets are busy.  Belfast seems to be undergoing an economic rebirth. 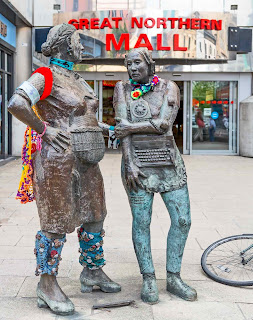 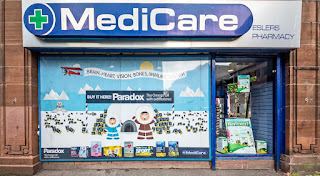 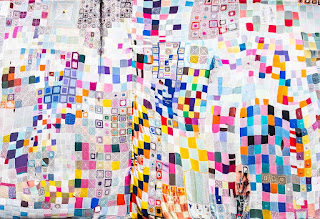 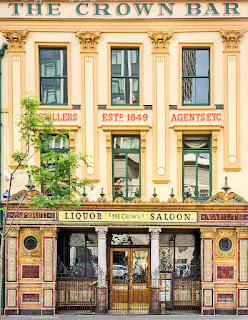 Belfast economic power originated with the linen trade and at one time produced most of the linen and the maritime ropes used by the shipping industry worldwide.  Shipbuilding was a major industry at the beginning of the XX Century, and when the Titanic was launched in 1912, it had the largest shipyard in the world.  There was also airplane manufacturing that contributed to the war effort during the WWII.  The Titanic Museum (below) has a very modernistic building that seems to follow the lines of the famous ship.  I hesitantly went into the museum and was pleasantly surprised.  It mostly deals with the construction of the ship with lots of trivia; for example, 3 million fasteners of 6 different types in fastening the hull steel plates.  There is a suspended ride that takes you through the different stages of construction of the ship - all well done. 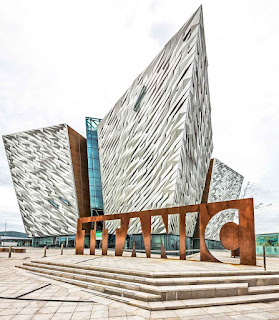 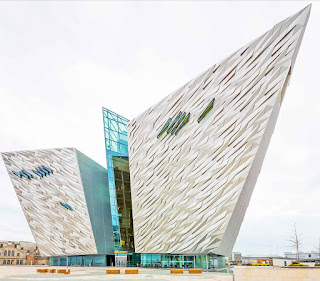 Recent history of the city deal with the “Troubles”, the result of the divisions in Northern Ireland between religious groups that has been quiet recently.  But tension can still be seen in the graffiti in some sectors of the city.  Below is a partial photograph of the “Peace Walls”.  Suggest you refer to the history of the “Troubles” on the internet. The last photo is that of the Northern Ireland Parliament at Stormont. 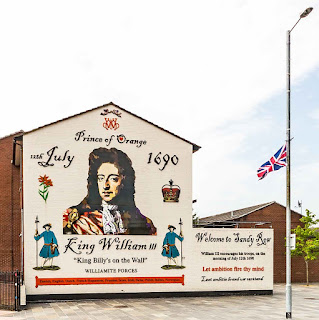 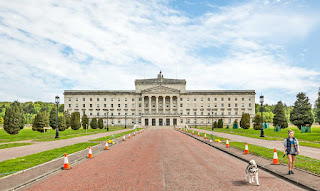 I will continue this blog covering my travels along the coastal roads on the island moving counter clockwise.
Posted by Jose's World at 9:20 PM

Although my grandparents came from Ireland and Scotland, I have never been there myself so it is very interesting for me to learn and get to know more about the country.

Dragons might be a myth but I think there is not a child in the world who has not been fascinated with them.