The Tierra del Fuego is at the southern tip of South America.  The name originated back in 1520 when Magallanes discovered the channel that bears his name.  He eHe saw numerous fires in the shoreline that the Indians lighted to attract them to land. The name means Land of Fire in English. This narrative addresses the Chilean part of the big island that is shared with Argentina.  About the images; most are processed using HDR and others were converted to black and white. 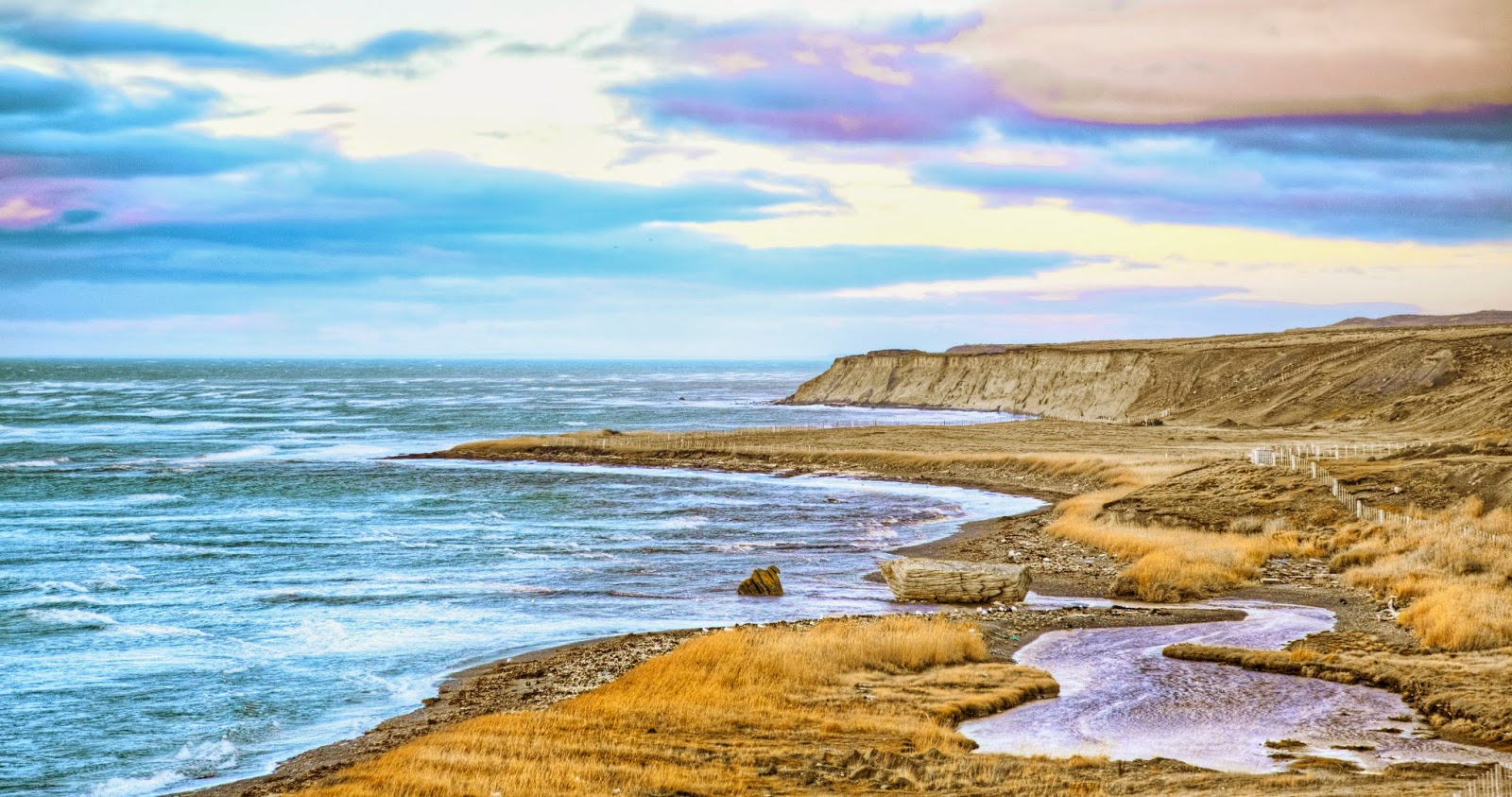 Sheep ranching still is the dominant industry but the heydays were between the 1880’s up to the 1920’s; it is said that around 1914 there were ¾ of a million sheep in the island. The wealth generated from these haciendas can be observed by the extent of the buildings in the haciendas but mostly by the fabulous homes that the owners built in Punta Arenas. The Menendez residence is an example of one of the many mansions there (I previously posted a blog regarding it that can be found by scrolling down and searching for previous blogs). 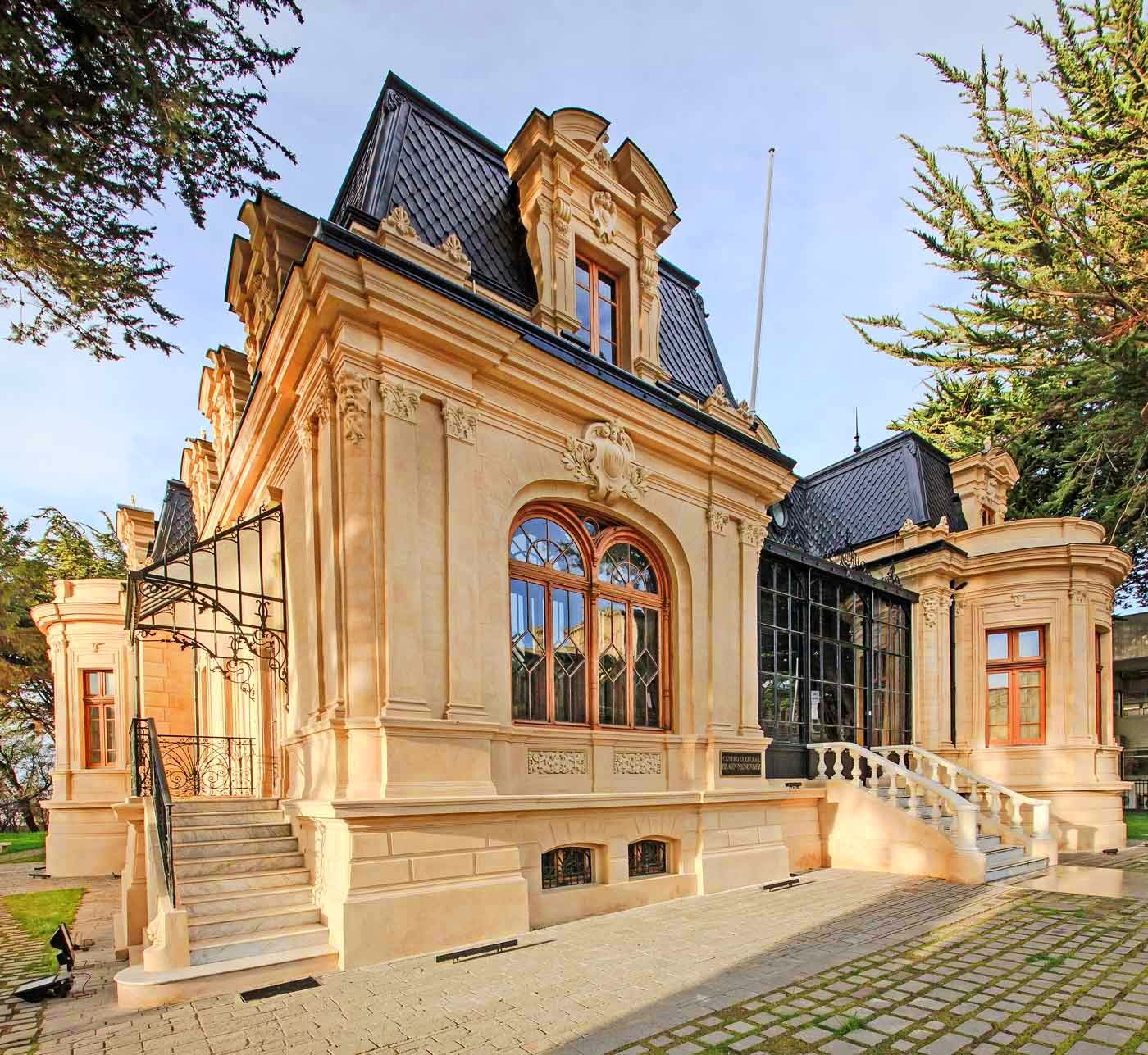 The first hacienda that one encounters driving to the Tierra del Fuego by road from Punta Arenas is San Gregorio that was founded by Menendez in 1878 and later expanded to more than 200,000 acres.  The major complex of buildings is dissected by CH-255 highway that parallels the Straits of Magellan.  Most of the buildings are in a stage of neglect but some are still in use. Two of the buildings were full of sheep skins that seemed abandoned and left to rot. 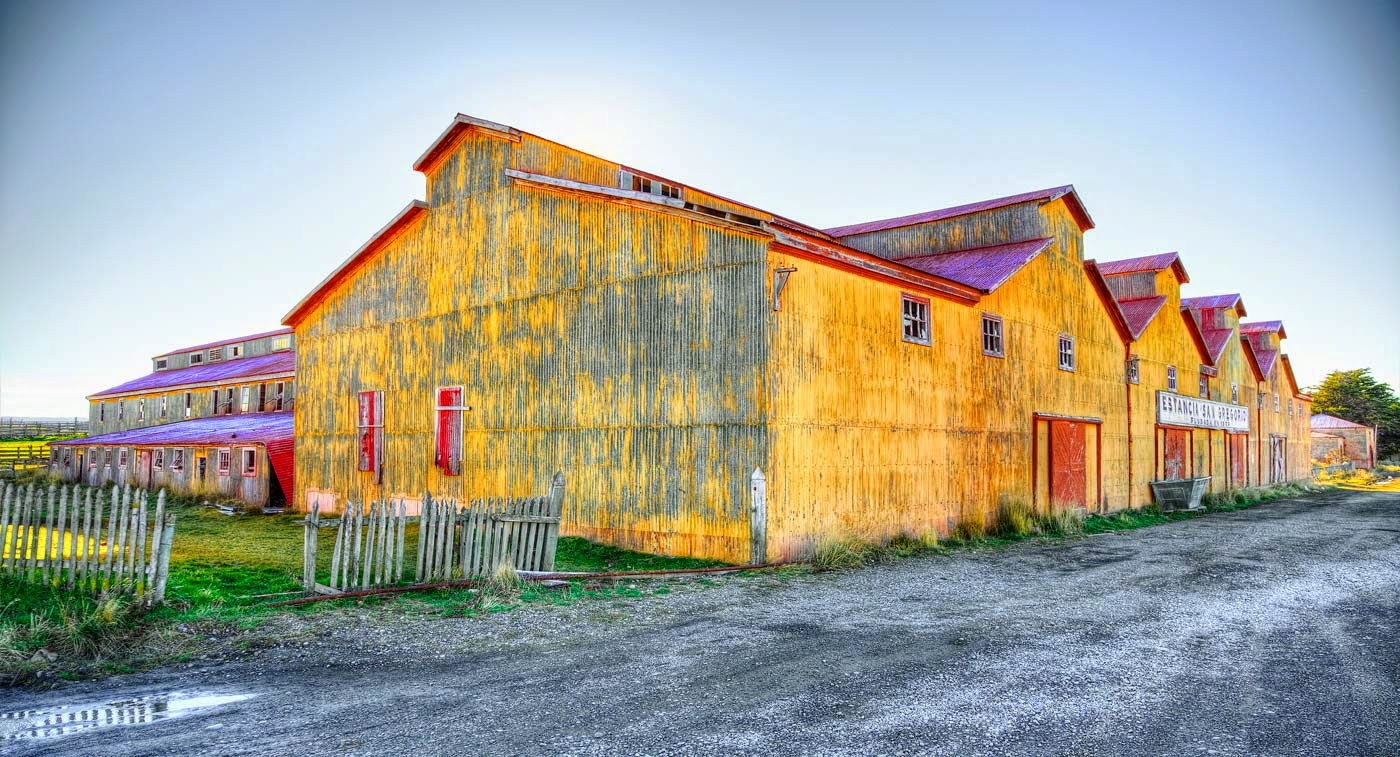 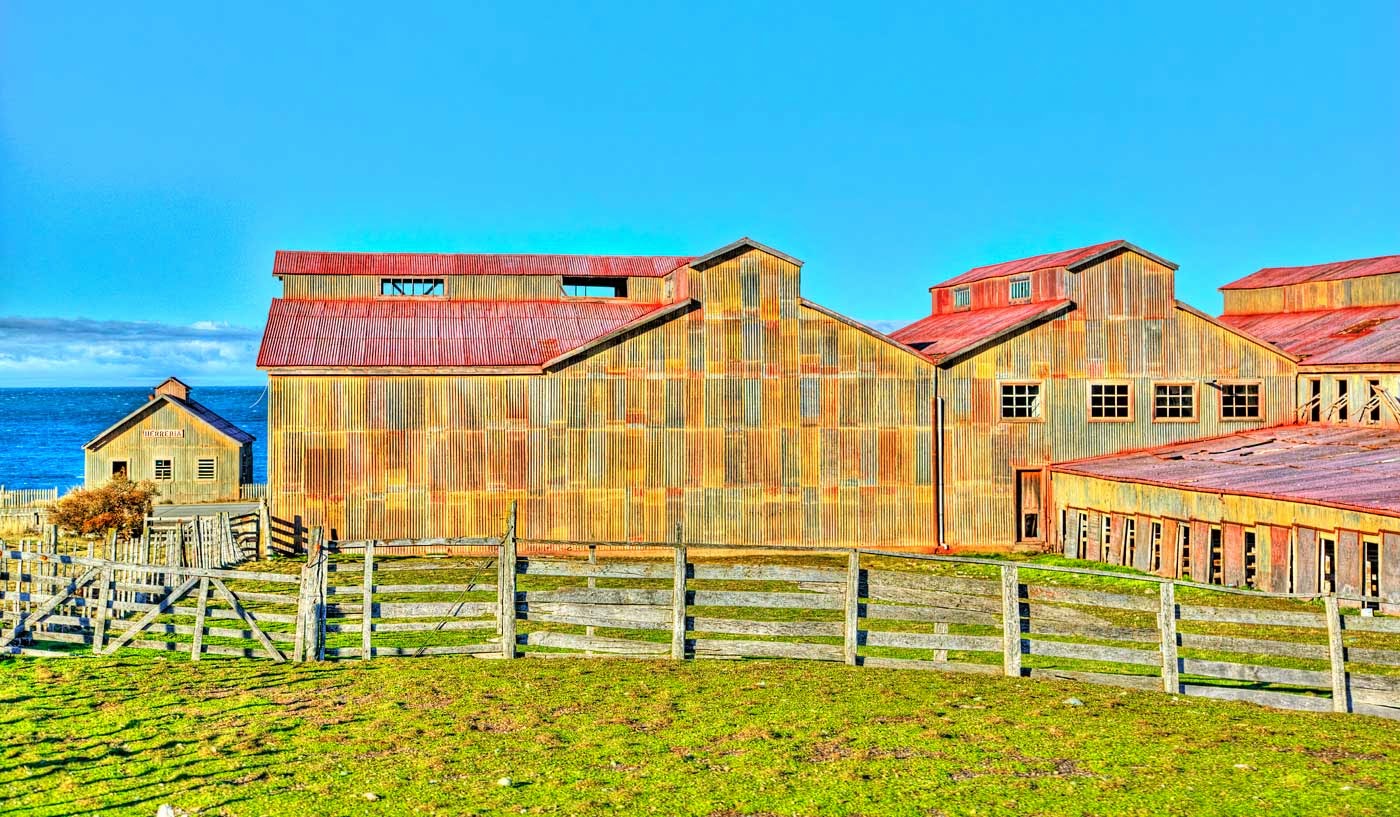 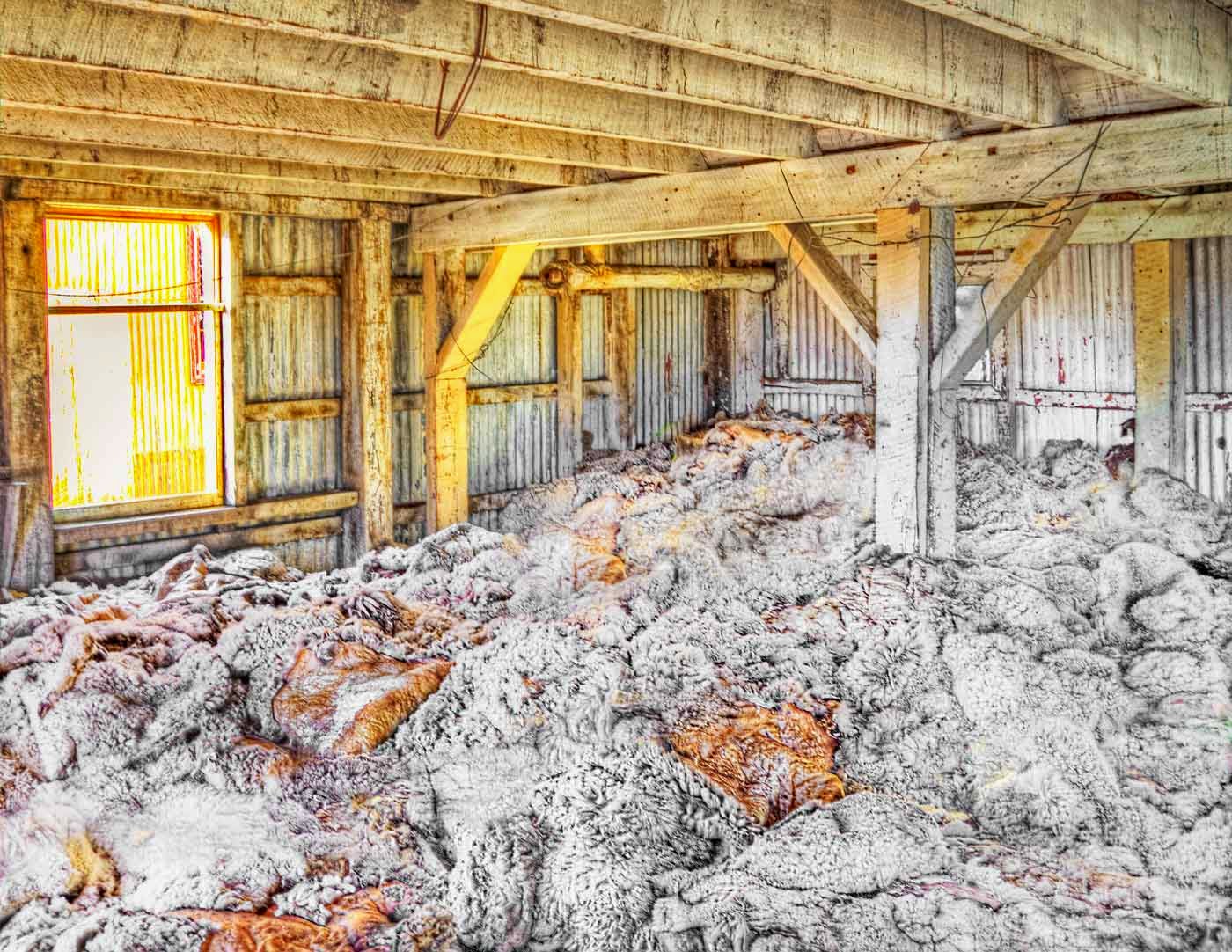 There is graffiti in some of the walls as well as vandalism scars.    Chile does not seem to be concern with its past other than erecting a sign declaring the site to be part of the national patrimony; at the pace of destruction due to the extreme weather and human action,  not much these historical gems will be left in 20 years. 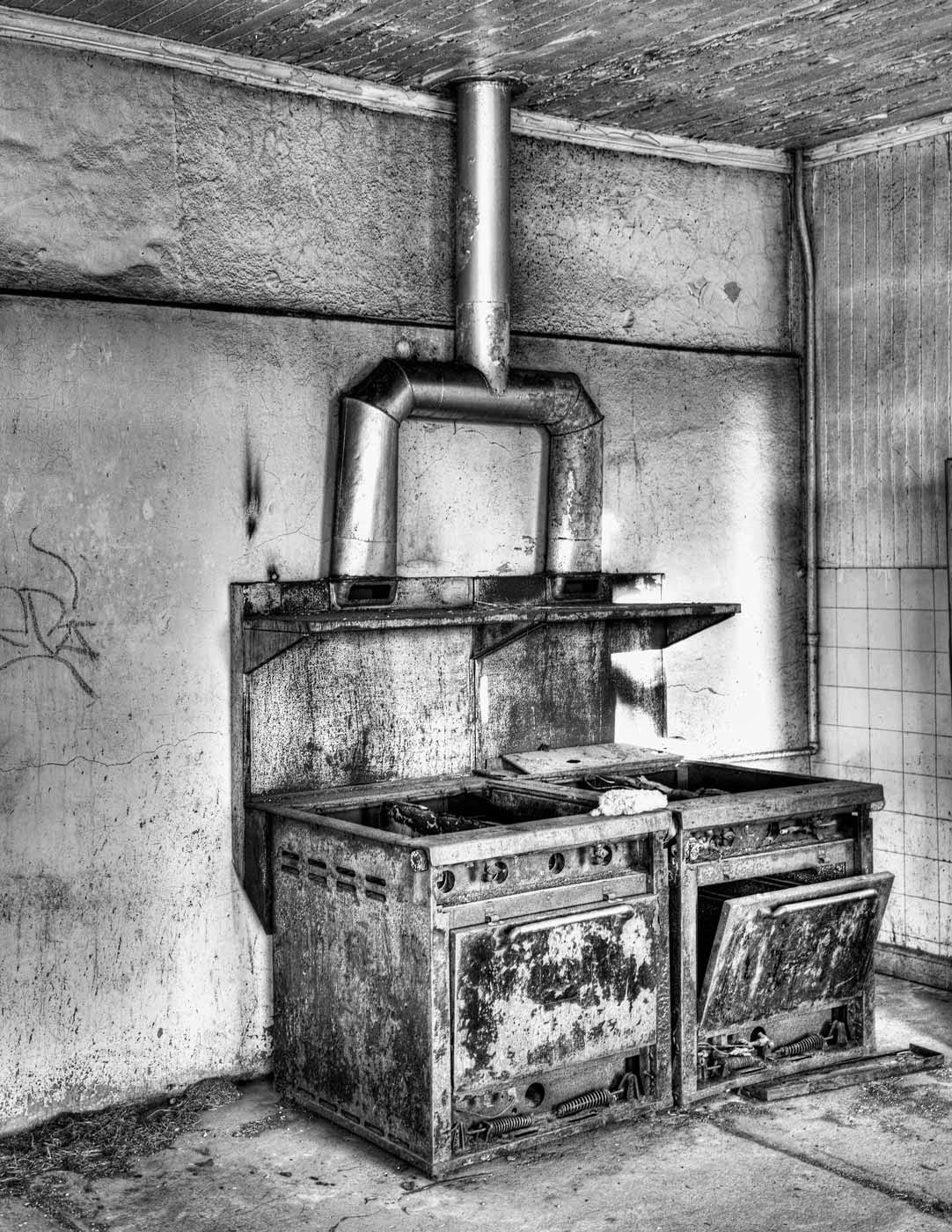 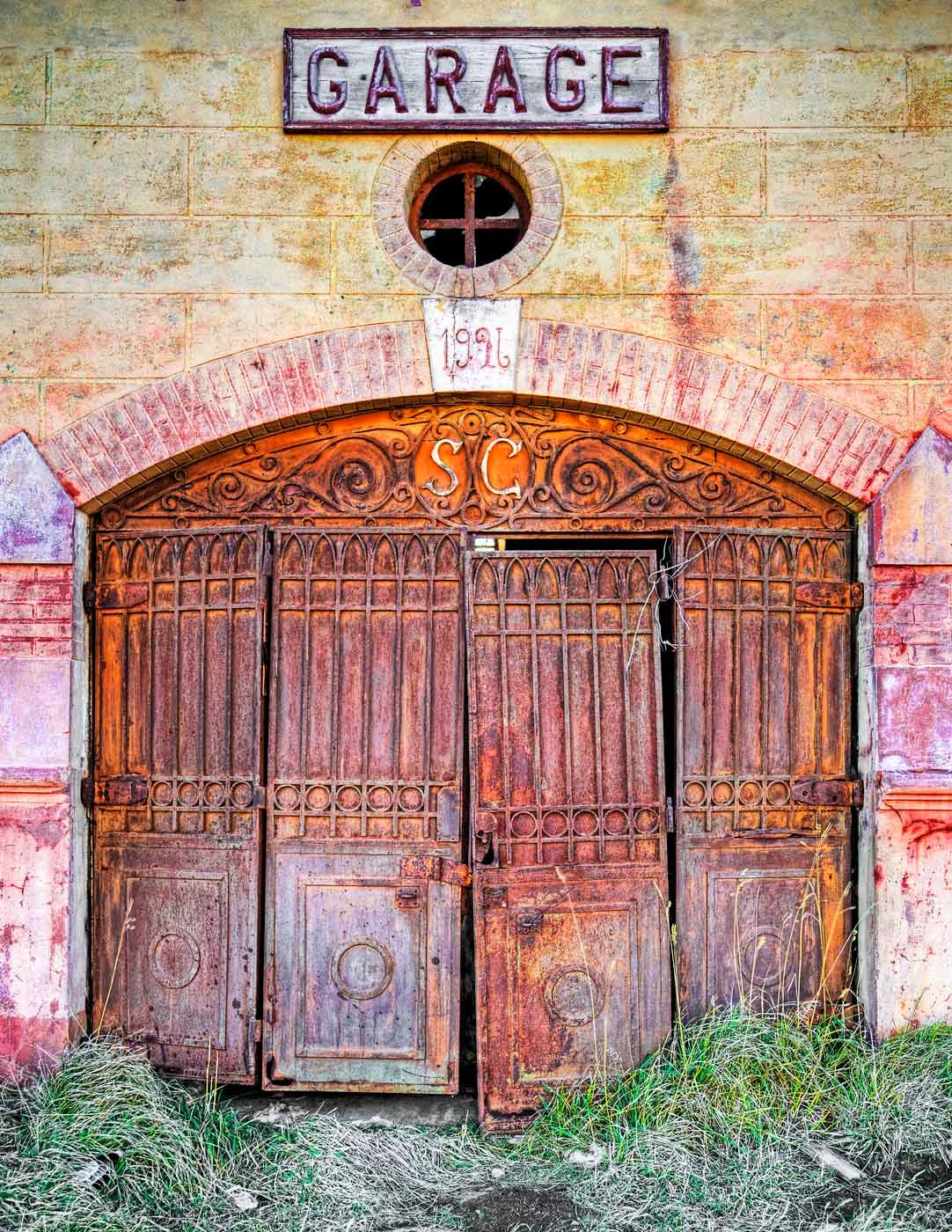 In the shoreline of the hacienda there are two ship wrecks; one is the Amadeo that was owned by Menendez.  It is maiden trip to Punta Arenas it brought bricks from Uruguay that was used to build the Menendez Mansion.  It was not really wrecked but abandoned after about 50 years of service.  In another half century all may be left would be the bronze propeller and old photos. 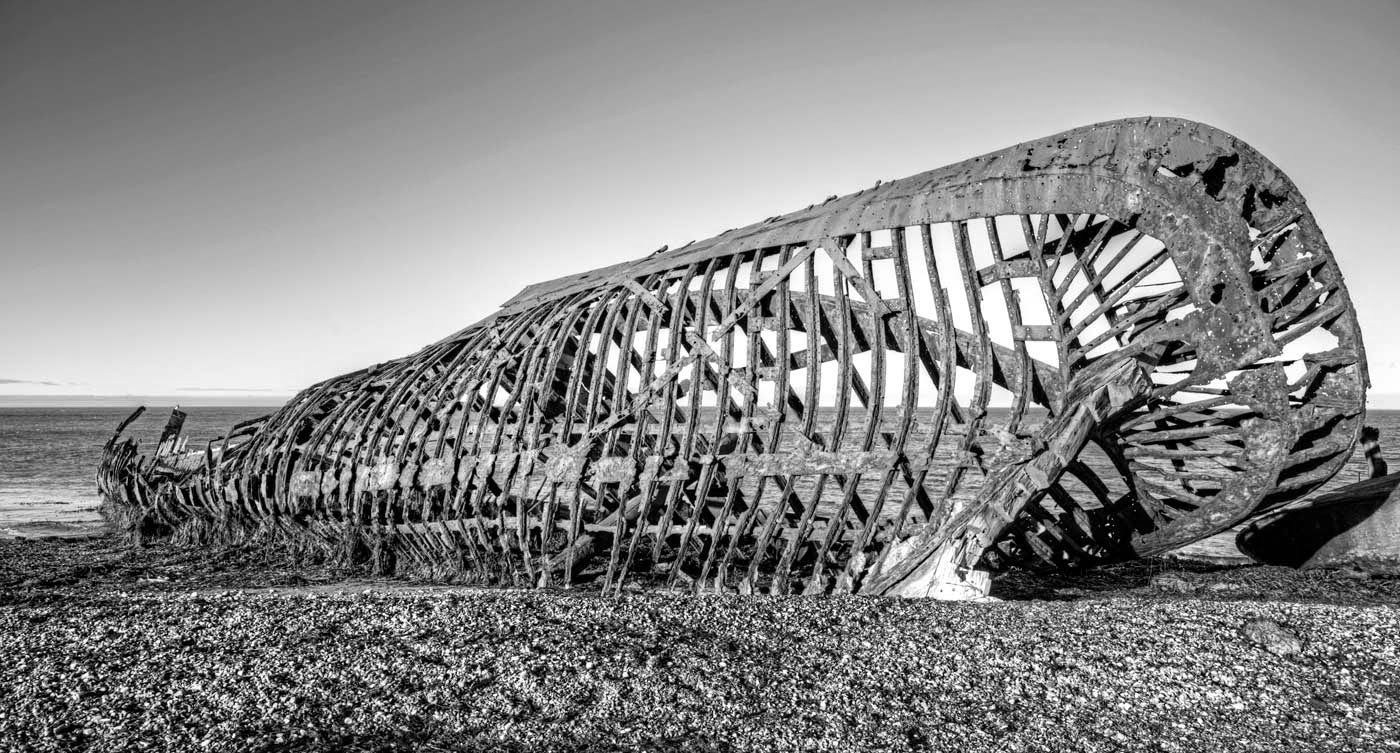 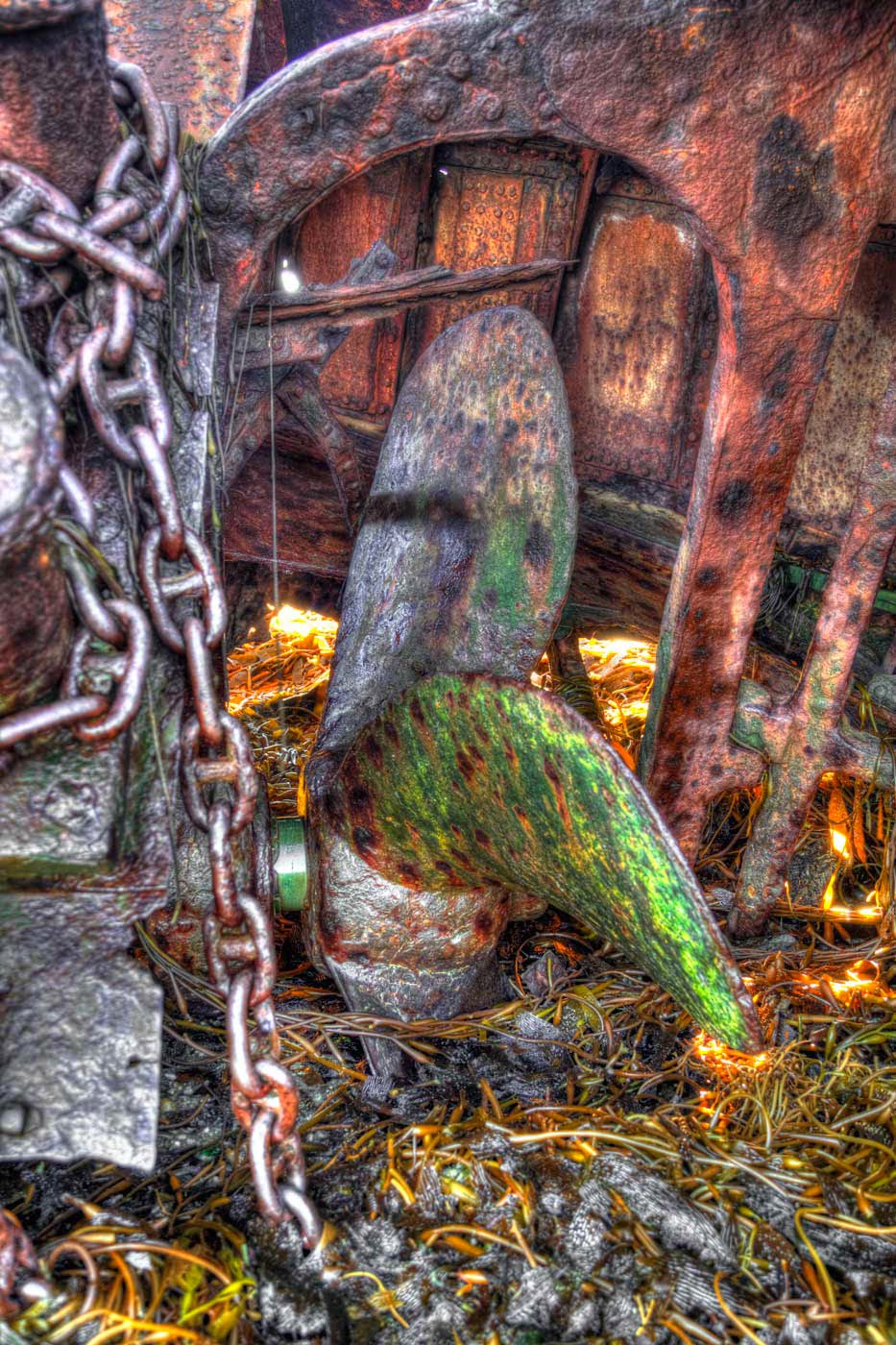 After arriving at Punta Delgada, one waits for the ferry to cross the Straits of Magellans in an area called the “Primera Angostura”; here is where Magellans entered into the Straits in 1520 from the Atlantic Ocean.  After arriving at the big island, one is welcome with pampas that extends as far as the eye can reach.  .  This area is next to the border of Chile and Argentina and it obviously demonstrated at the Faro Espiritu Santo, where military outposts from both country face each other. The shoreline is spectacular at Punta Catalina Beach at susnset. 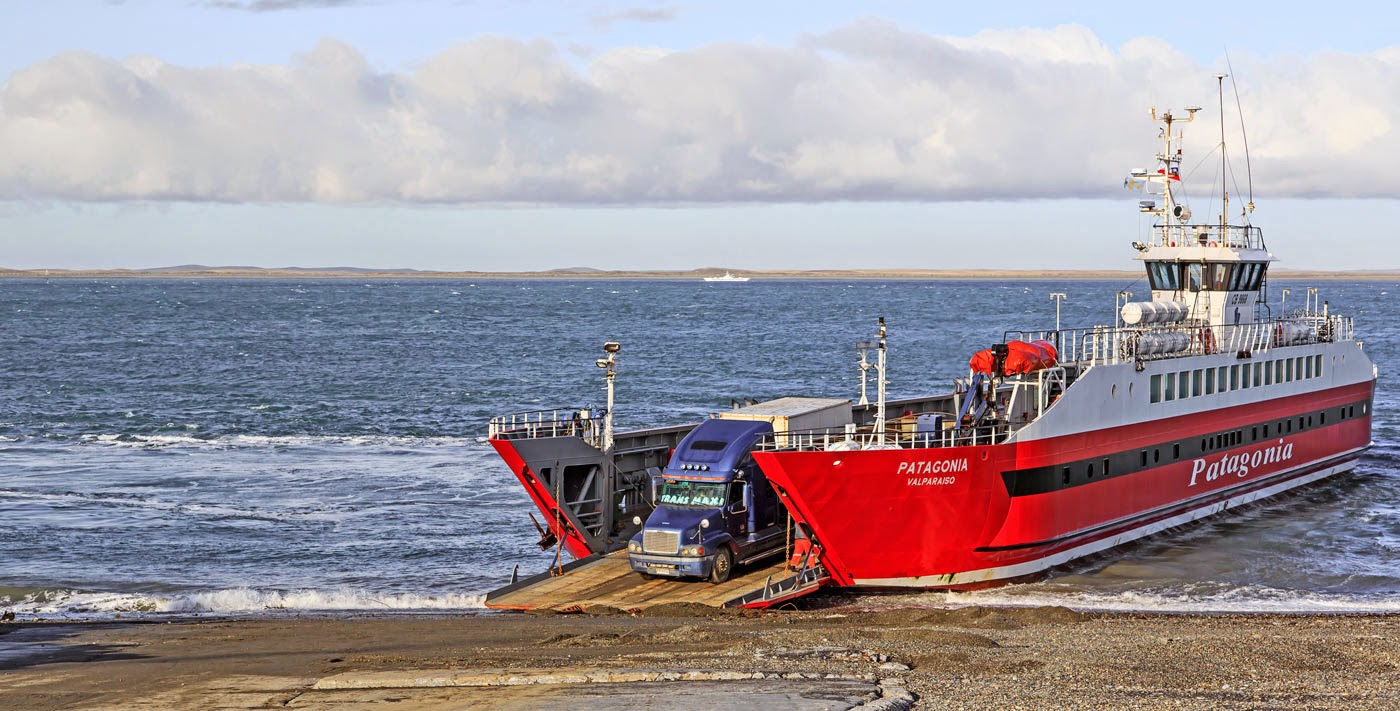 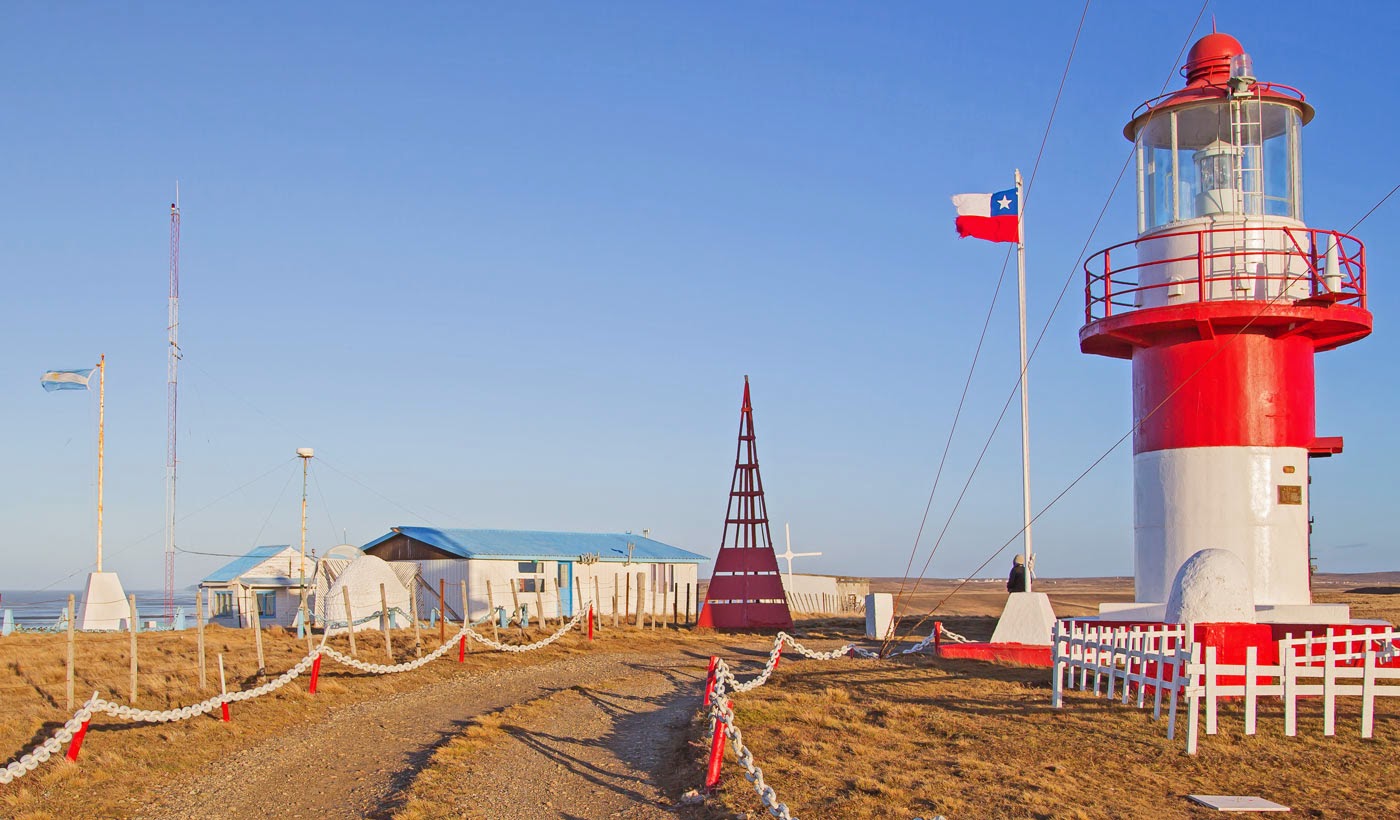 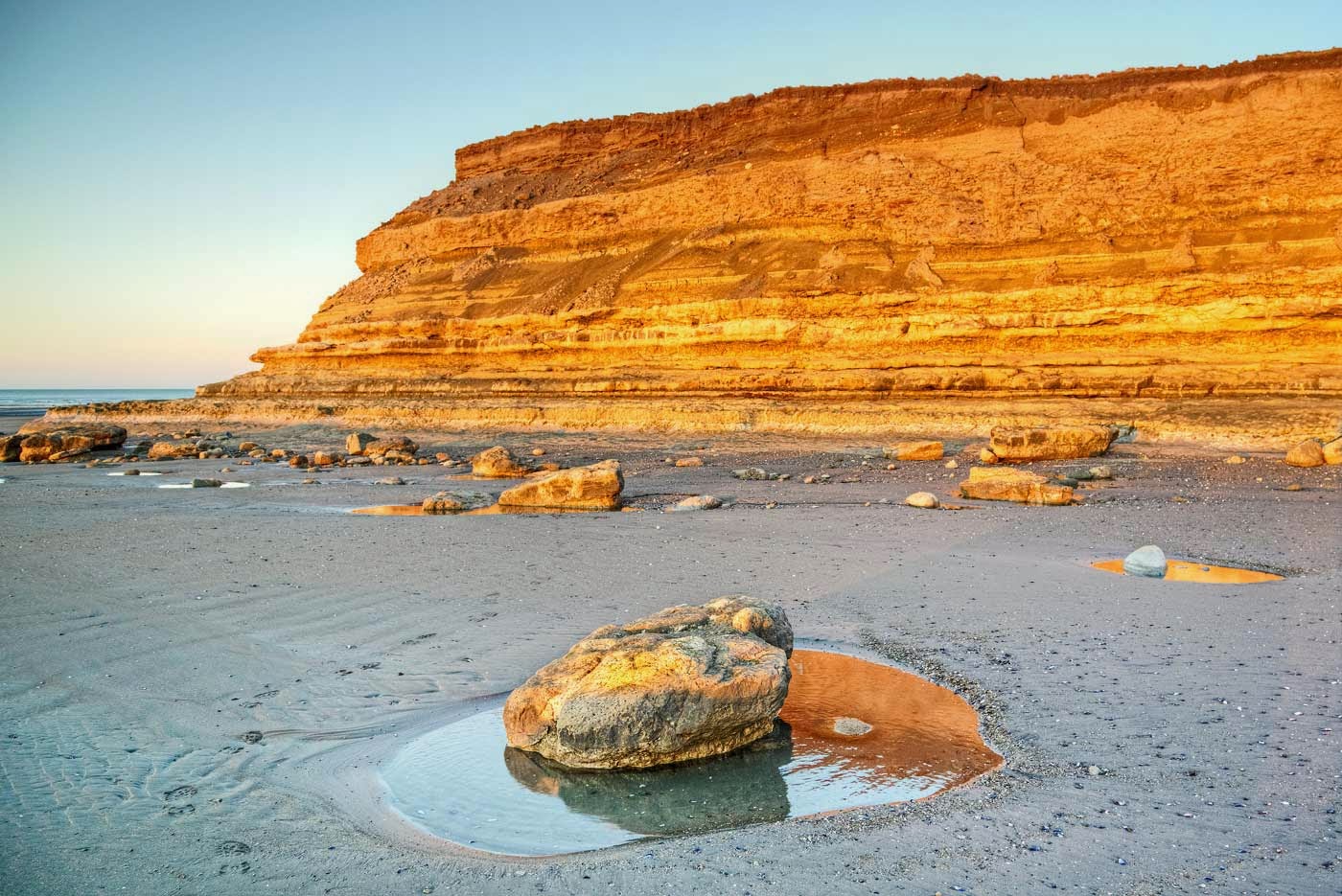 Proceding south down Rt. Y-71 one arrives at the Hacienda Onaisin.  It is the original estancia Josefina founded in 1883 and the first in the Tierra del Fuego. It is situated in a windswept plateau  as seen by the beaten trees.  There is a magnificent manor house that long abandoned still preserve the architecture of better days. 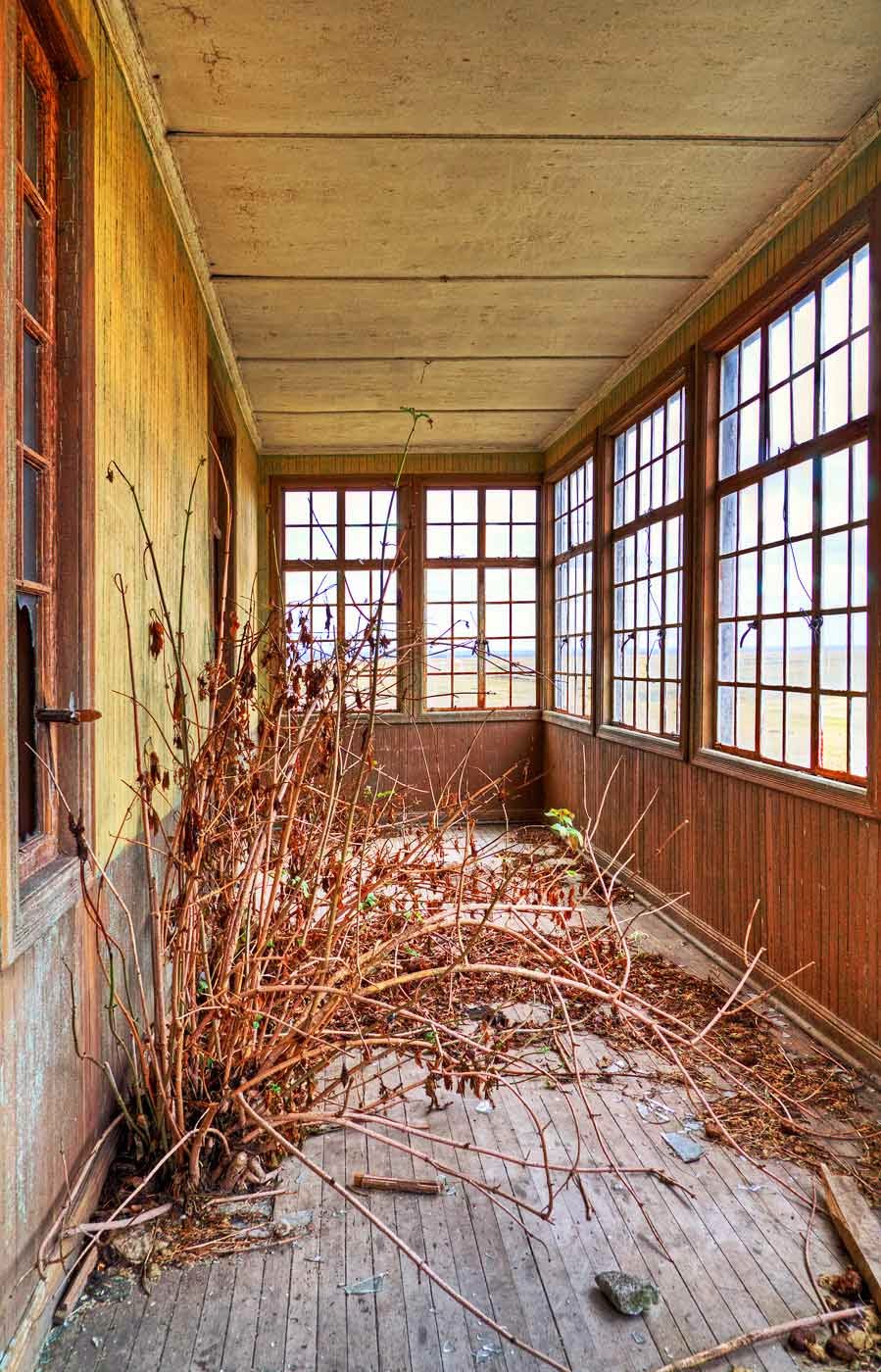 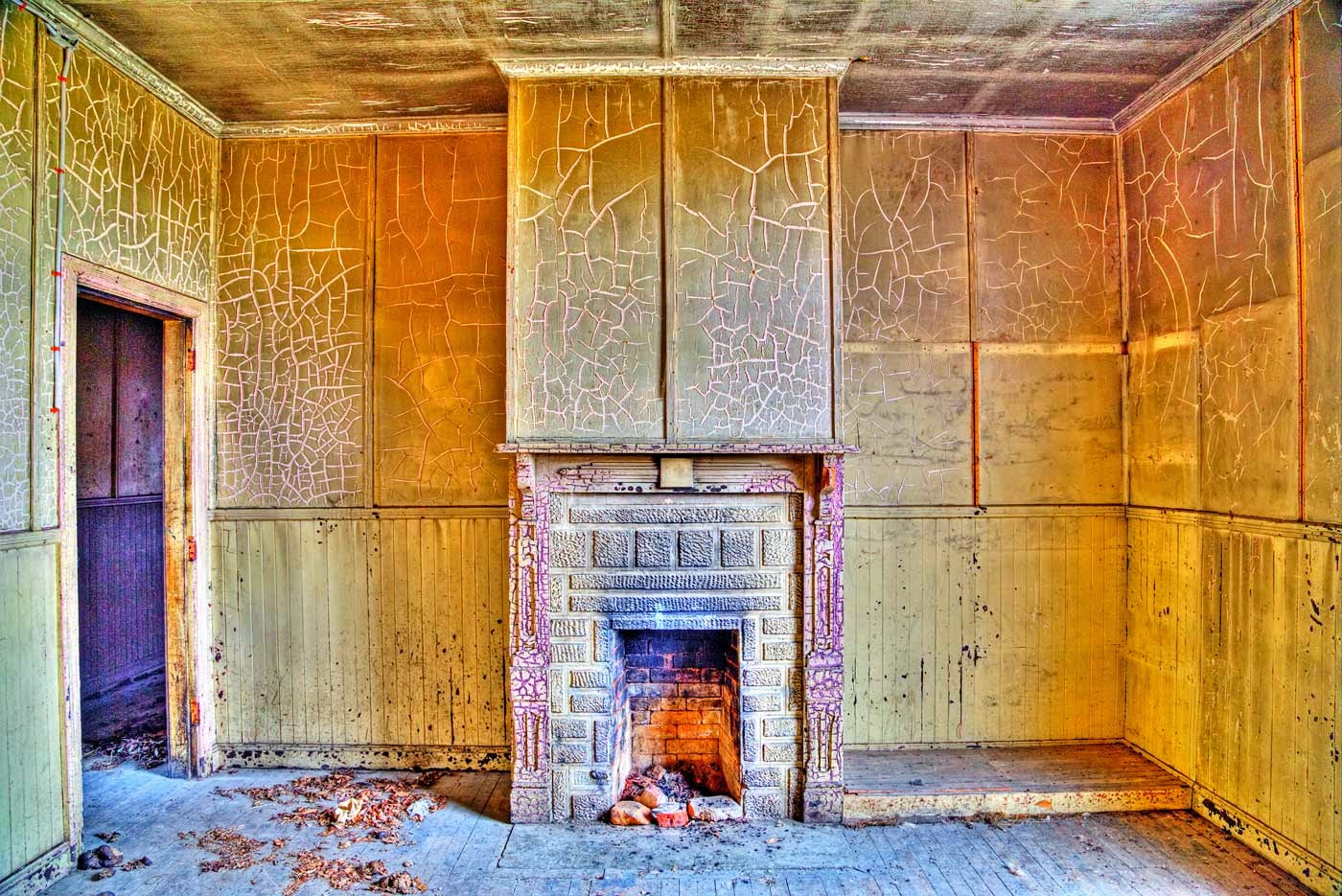 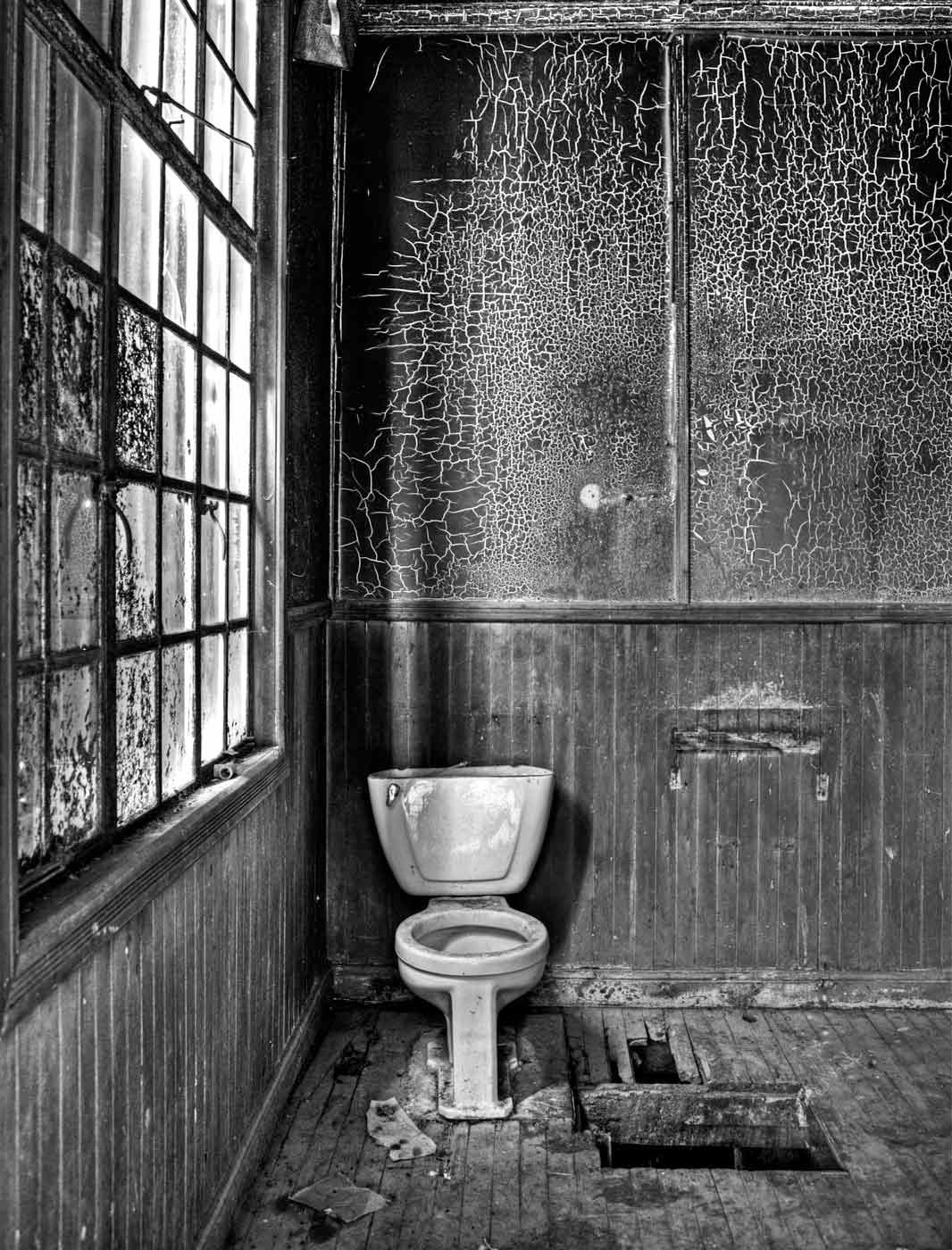 There are several structures in this hacienda but the one that I found more interesting was the clinic with a complex roof arrangement.  The interior I colorful and in a stage of gracious abandonment, what a shame…history fading. 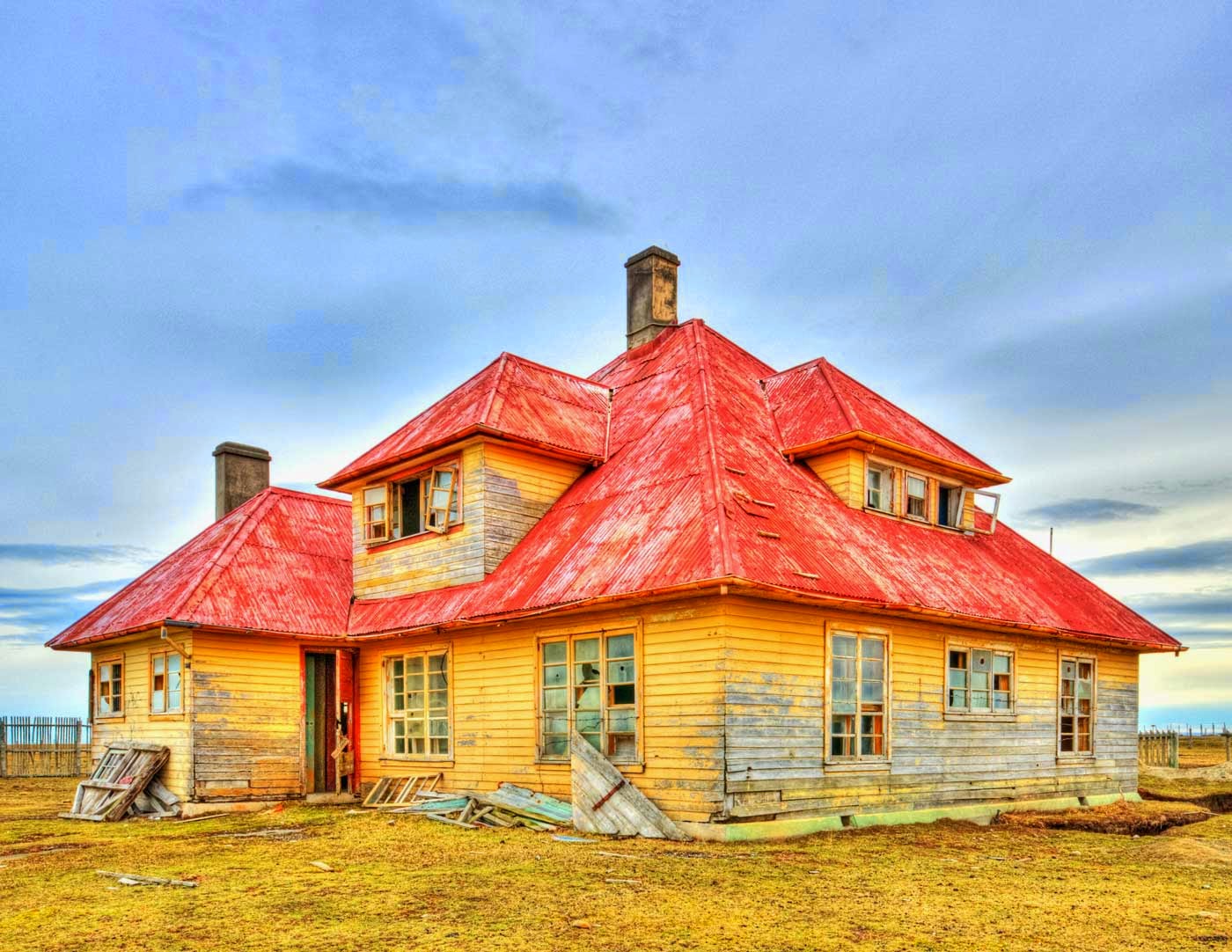 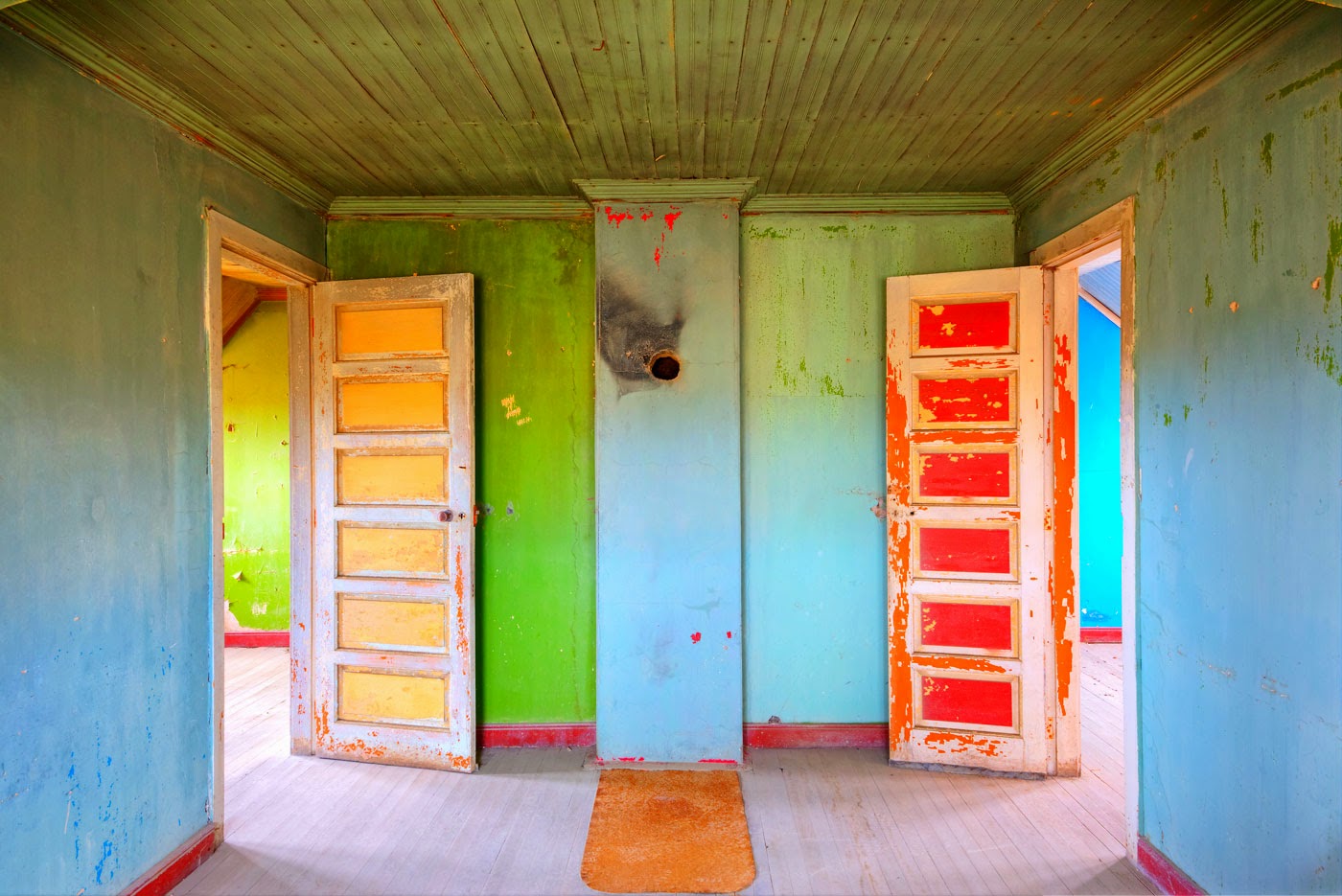 Not far down the road is the “Cementerio Ingles” where the earlier english colonizers were buried. Some of those here were killed by the indians.  A sad charpter of the history of  Tierra del Fuego is that the introduction of the sheep led to the elimination of the indians but that is another story.  What a barren place to spend Eternity. 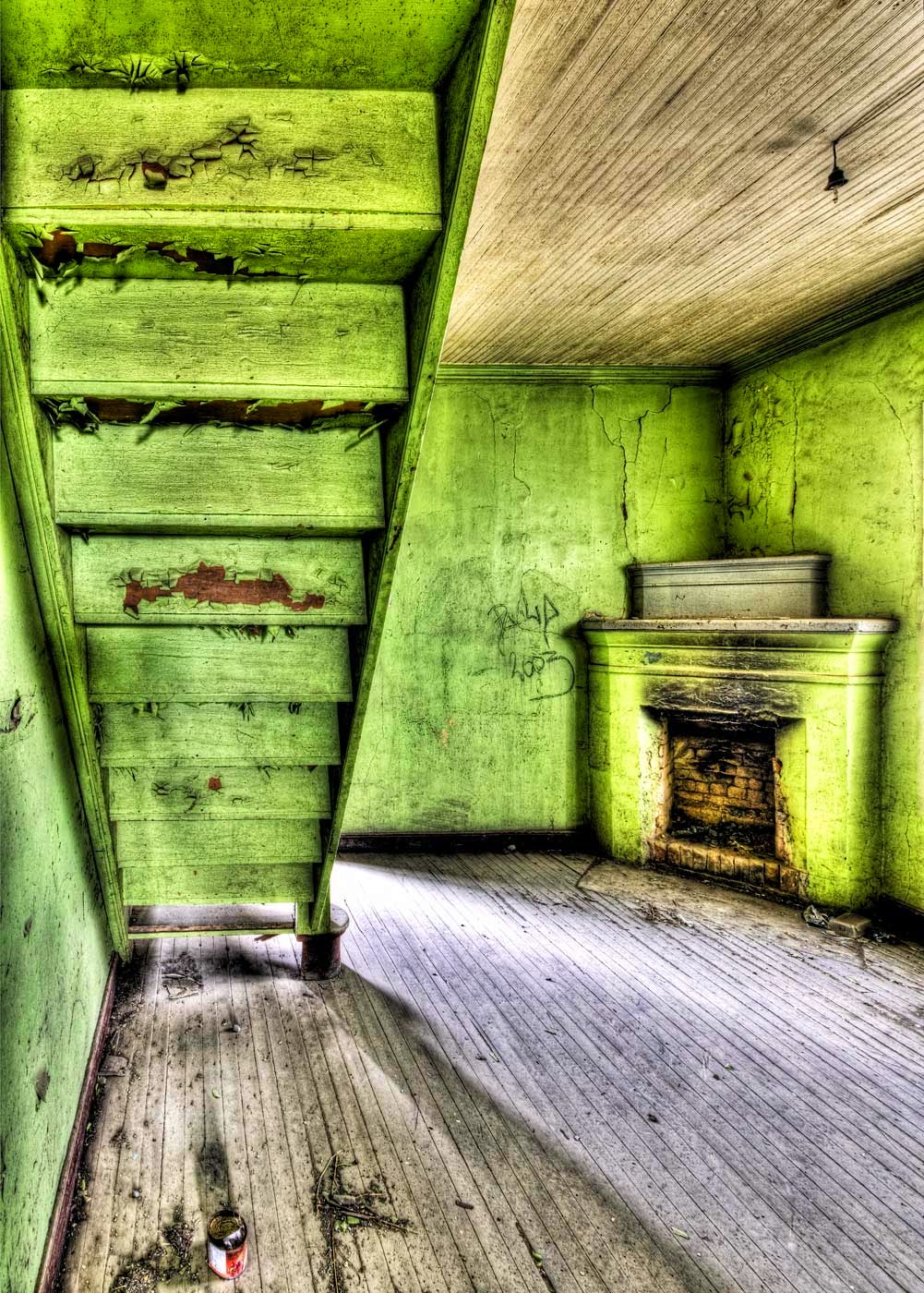 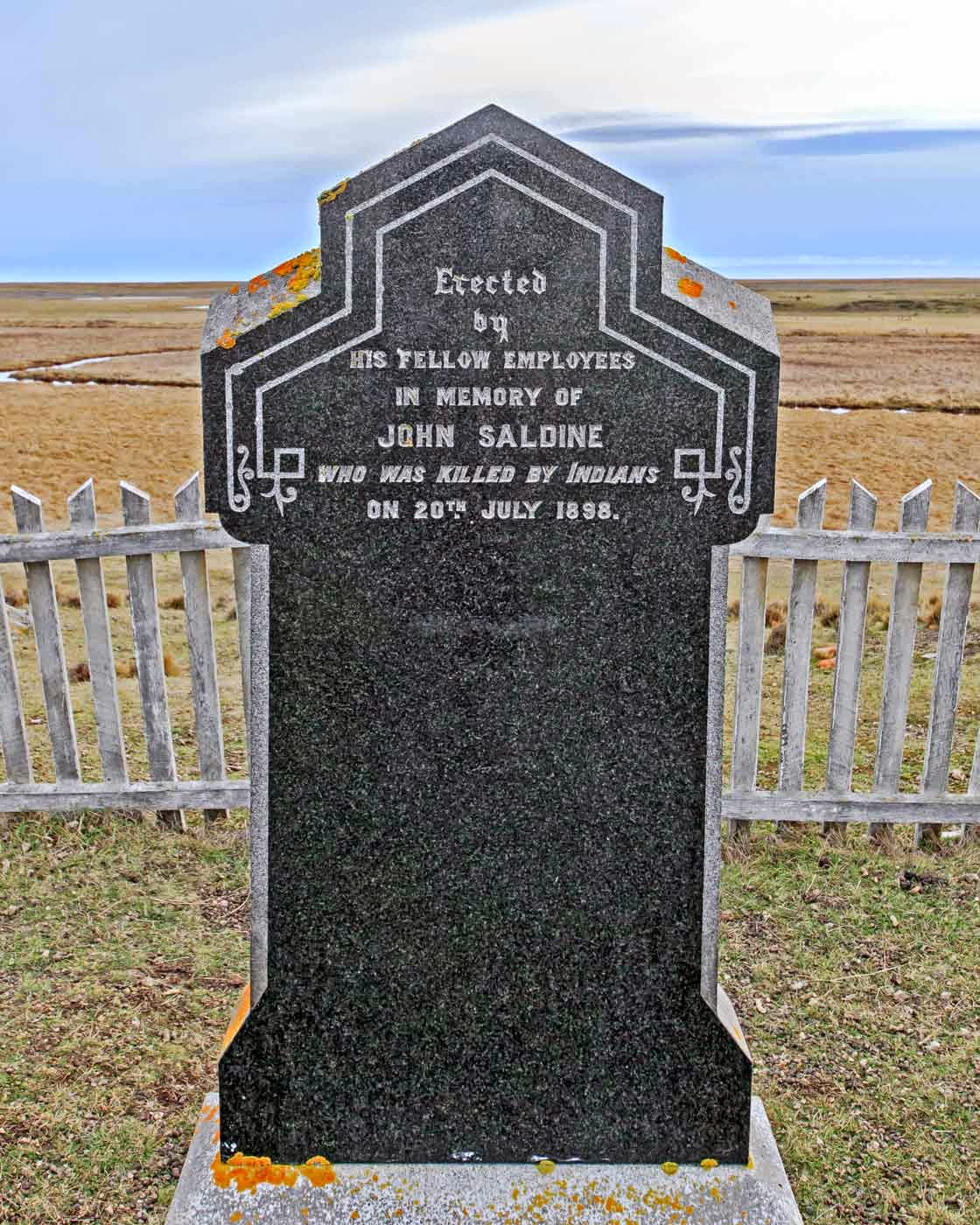 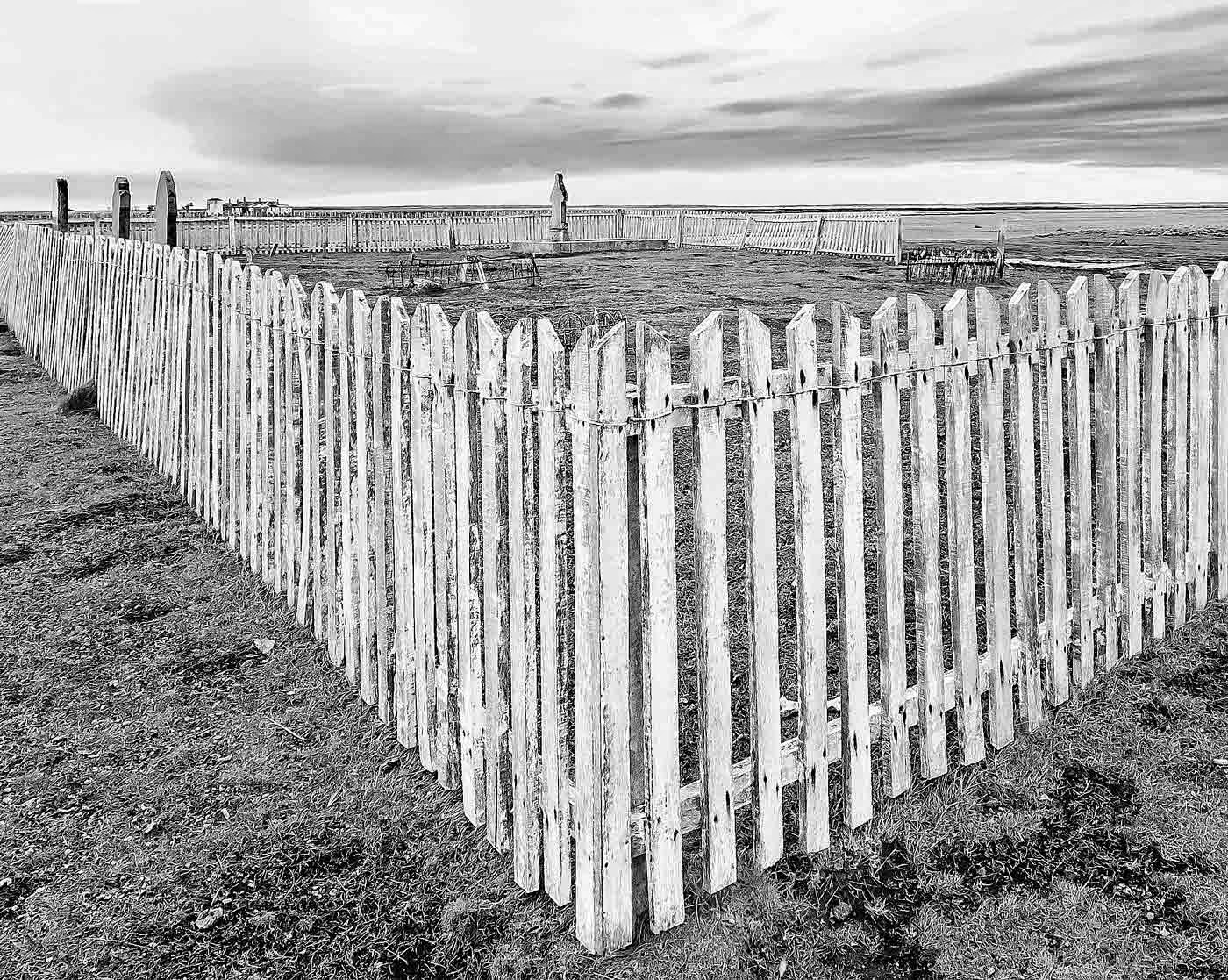 Gold was discovered there in the river beds in 1879 that caused a great influx of immigrants.  The rush did not last long and by 1909 the gold was exhausted.  Below is one of the “gradas’ used to mine the gold.  This particular mechanical dredge arrived from England in 1904 and operated until 1910. 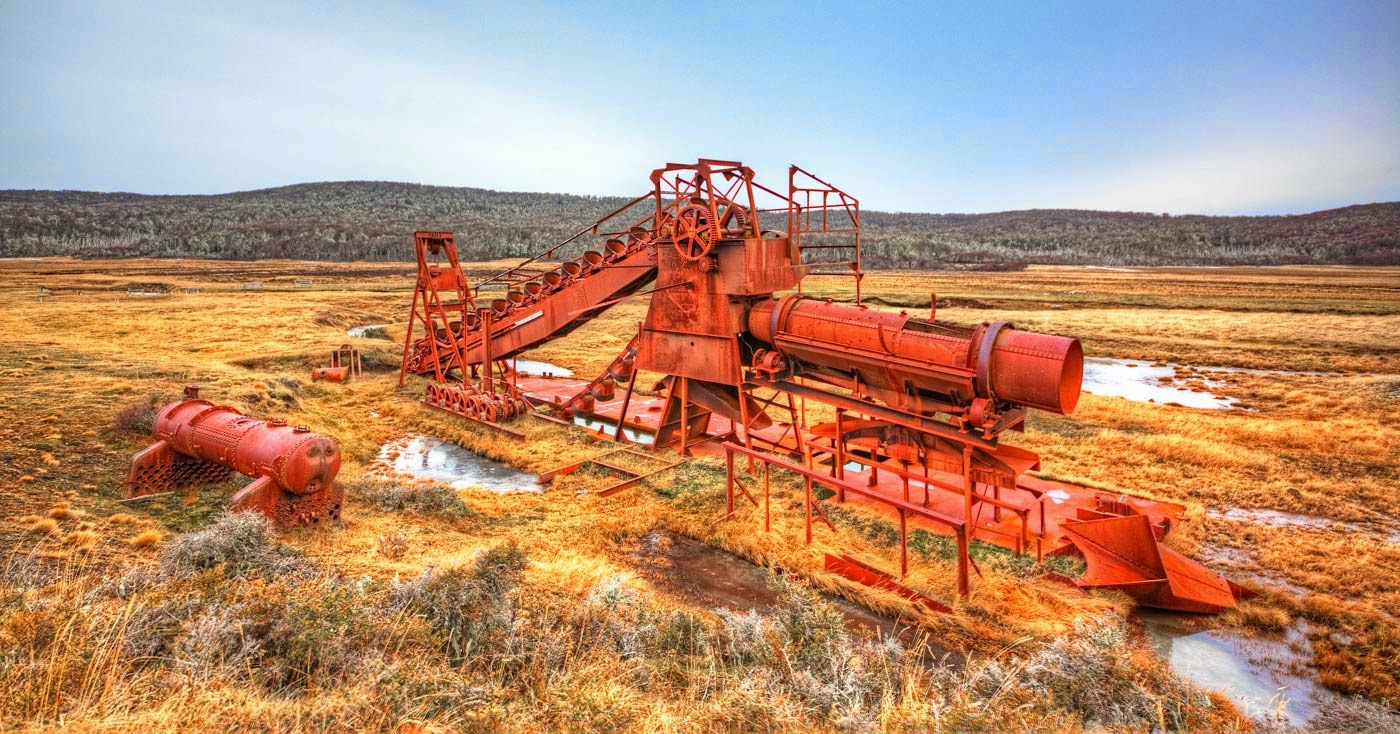 Father south the Estancia Vicuna established in 1915 was the last one that I found with architectural merit to photograph.   The corner towers gave it a special attraction; as the others is also abandoned.  And this is the end of this blog; the next is further south in the mountains where I encountered extreme winter conditions.  Stay tuned. 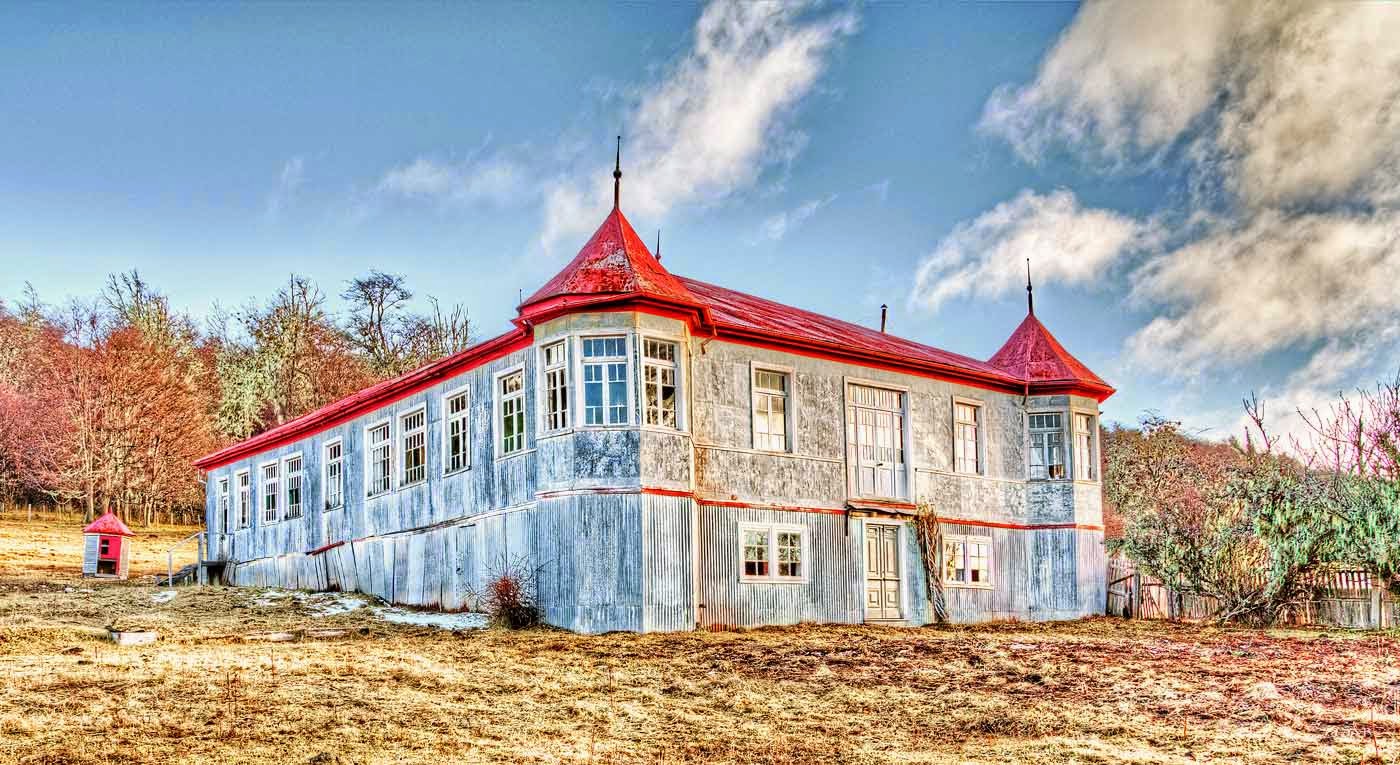 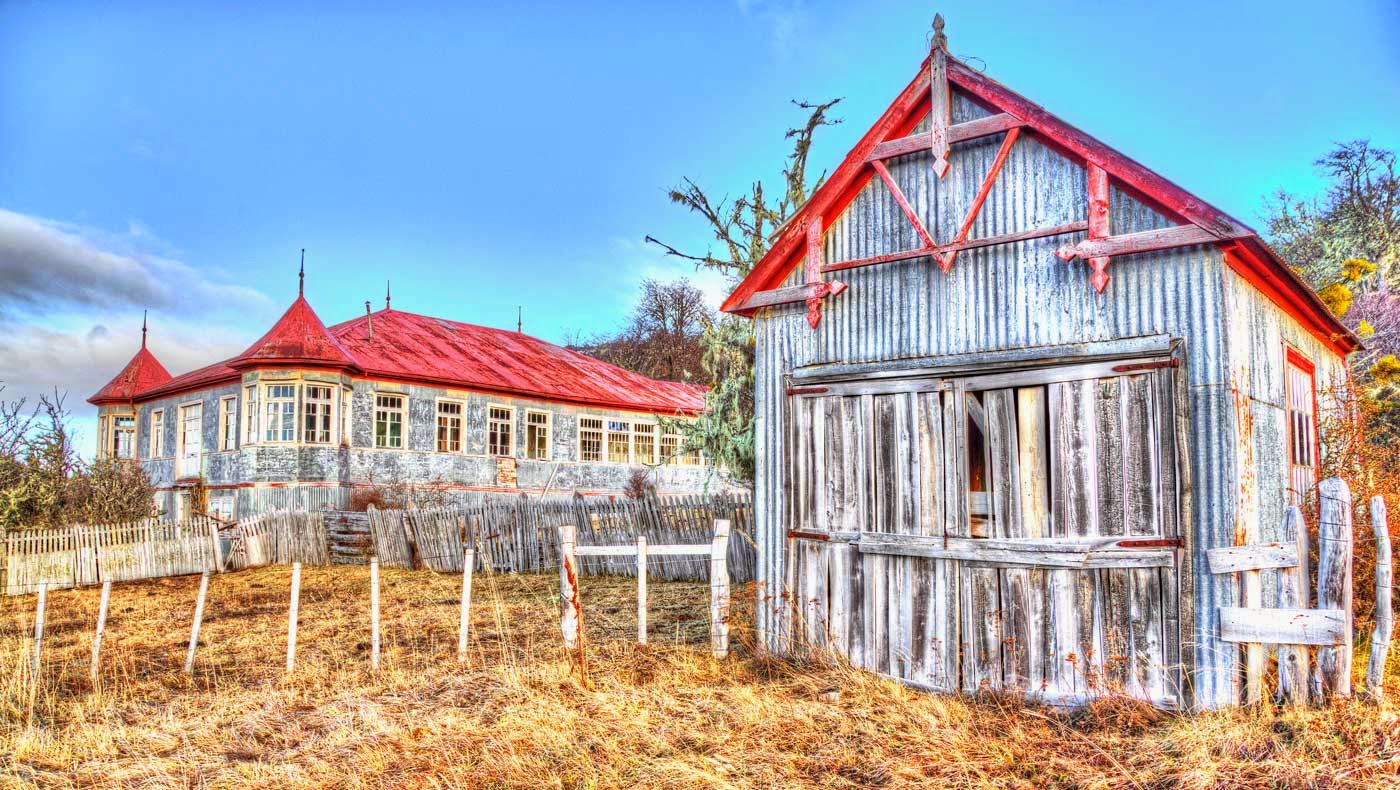 You indicate that the gold dredges were called 'gradas’ but we call them "dragas" in Patagonia and Tierra del Fuego. We do not call the ranches here "haciendas" but instead estancias. Also you say "..an area called the “Primera Angostura”; here is where Magellans entered into the Straits..." but in fact Magellan entered the Straits further east, near what is now called Punta Dungeness.