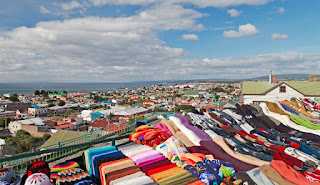 I have visited many cities but this one has a particular appeal.  It brings memories of the cities where I grew up back in the mid 50's.  Since my first visit in 2004, the sleepy town with a faded golden age, is flourishing again, yet preserving its XIX and early XX century's charms.  It has the distinction to be the largest city affected by the "ozone hole" allowing ultraviolet light to pass thru the atmosphere causing high incidence of skin cancers and cataracts.
Punta Arenas as her sister Ushuaia, in have a similar origin as penal colonies back in the early 1800's.  Both cities outgrew that origin and became outpost for immigrants for the development of . 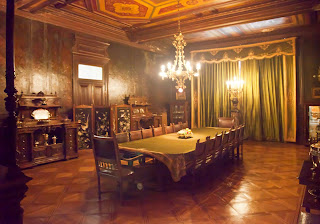 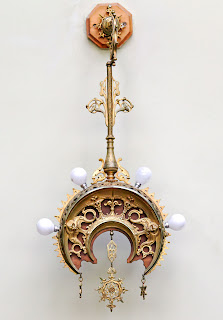 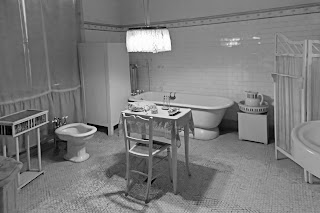 Fabulous fortunes emerged and among the most prominent, are those of the Braun and the Menendez families, whose holdings extended both through Argentina and Chile. The source of the wealth created were wool, minerals and lumber. Images of the Menendez/Braun Chateau are above showing the luxuries available to the lucky residents.

The City served as the point of departures of various explorers of such as Lady Florence Dixie, whose diary (book Across , 1880) described the old ways and visit to the Needles of Cleopatra.  She was probably the first European who described this geological formation presently known as the Horns of the Devil in Torres del Paine National Park. 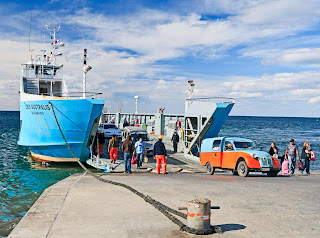 The opening of the was a blow to the economy of Punta Arena since prior to the canal, all shipping lanes between the eastern and western ports of the had to navigate to the Straits of Mallegans.  The city was strategically located and served as source to resupply and repair the ships navigating these treacherous waters, the biggest Chilean shipyard still survives here.

The Magellan's Straits has the notoriety of having one of the largest numbers of shipwrecks among the oceanic routes. As a consequence, a major ship building and repair industry emerged here that is still vibrant today. 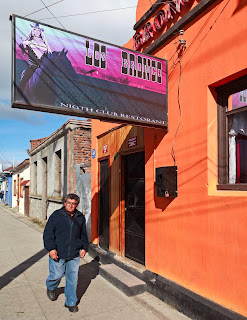 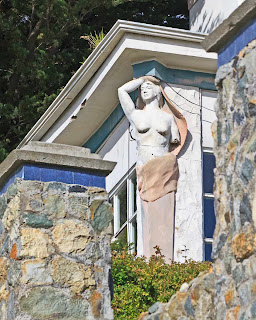 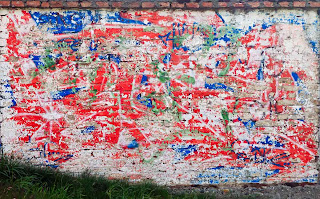 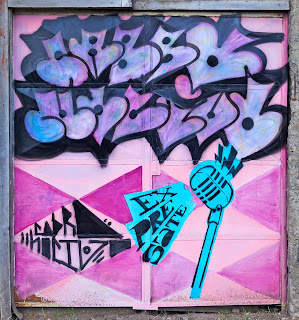 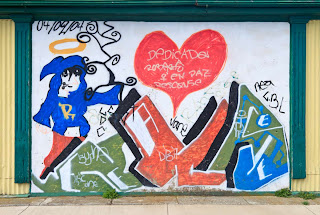 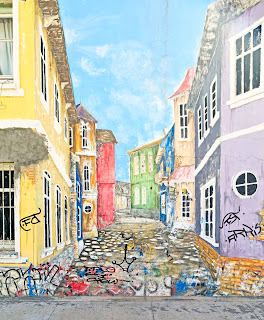 Walking along the streets, one encounters colorful houses, graffiti, gardens, monuments and murals in such abundance and exotic colors, that I venture to say, are not found anywhere else. You be the judge. 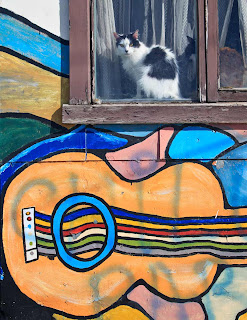 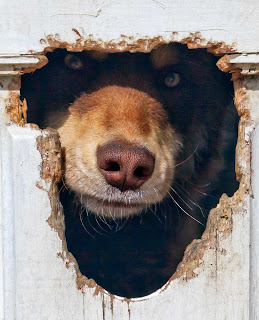 No matter where you go, you are been watched by curious eyes out of windows or self-made peep holes in doors.  Dogs are numerous transients that along with pedestrians seem to share the streets as well as local transport.  I was amazed to be in a local bus and see one board it without objections by the driver or the requirement of a fare. 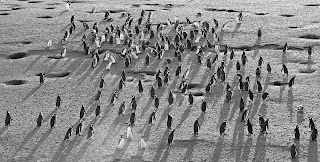 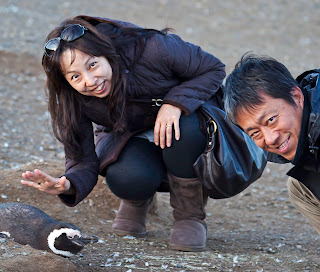 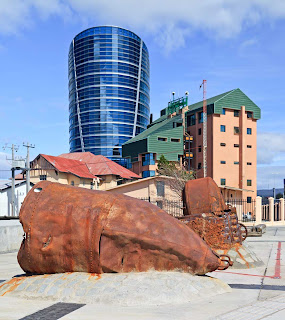 is finally being discovered by global tourism with the resulting commercial development resulting in spoiling those natural attractions that brings the people in the first place.  No better example that what is happening in Calafate and Perito Moreno in .  So far, and Torres del Paine in , has escaped that massive development but is coming.   Another book of interest describing the area around Ushuaia is that of E. Lucas Bridges, The Uttermost Part of the Earth.
Posted by Jose's World at 9:46 AM

Engaging post. The image of the dog looking through the hole with the strategic shadow placement is my fav. The colorful towel/city scape is special too. Blue skies.

How sad that progress should come to these sleepy little towns and spoil it all. All the old customs have disappeared and has left a place where everything is run by the clock and finances.

That dining room is an absolute delight. I think the elegance of those times are sadly missing today. We gulp down our food and most times don’t even bother to set a proper table.

I see commodes have changed a lot in shape. :) Wonder if those older shapes were more comfortable?

I just LOVE that old car!! It is amazing that it is still on the road!! I wonder how many miles it has done and what it has seen during its years. :) Or is that the latest model there? LOL!!

You have an excellent way of narrating your travels, Jose! Love that shipwrecks pic.