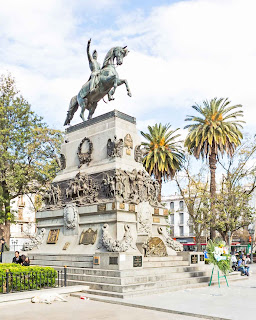 Is the second largest city in Argentina founded in 1573 and named after Cordoba in Spain. Above is the monument of San Martin, Argentina’s liberator from the Spanish Empire. It is home to the sixth oldest university in the New World founded by the Jesuit Order in 1613 who ran it until 1767 when it was kicked out of Spain and Portugal and its colonies.  At that time, it was taken over by the Franciscans; the same happened in the California missions. Below is the façade of the University’s original building and next is the statue of the founder of the University and next a door with the logo of the Jesuit Order over it. 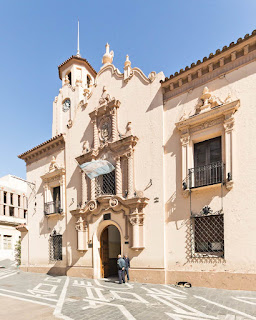 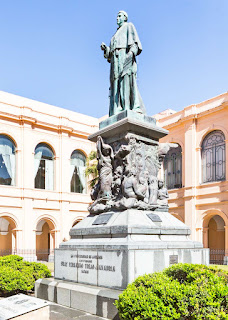 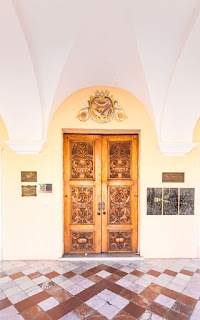 There is Natural History Museum since the Sciences Department is located here. And yes, there is a dinosaur; Argentina is rich in this extinct fauna. There is also a giant spider alleged the biggest so far discovered, with a legspan estimated 20 inches; I highlighted the body of the spider. The faculty has a sense of humor; one wall has a mosaic of Mendeleev and his Table of the Elements, as well as one of Einstein. But they could not leave out Darwin; during his voyage of the Beagle he spent considerable time exploring Patagonia. 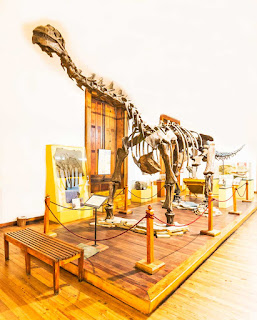 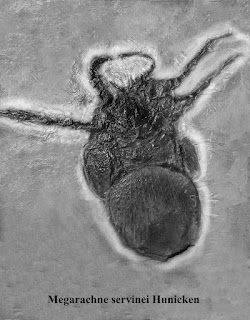 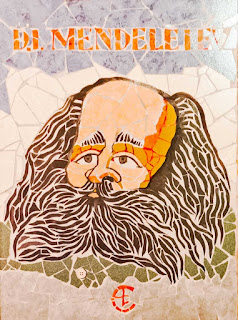 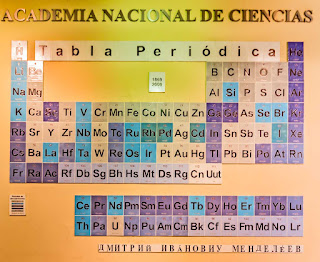 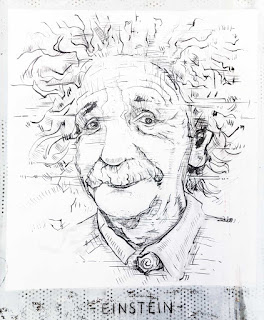 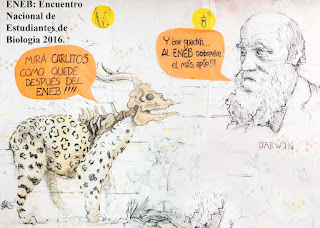 The Jesuit Bloc is the center of the original colonial city built by the Jesuits  and is where the University is located as well as the other religious institutions. Below is the Basilica de Santo Domingo, the main Jesuit Church.  At the end of the stairs is an offertory where those that received miracles would post notices of their cures or favors.  This is common in Catholic churches particularly in Spain and throughout Latin America. The silver and gold Reliquary is usually located in the main altar; this was placed in a secure place so it may have a great value. 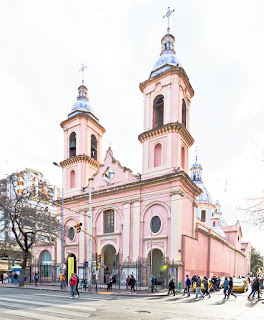 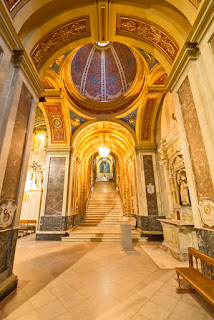 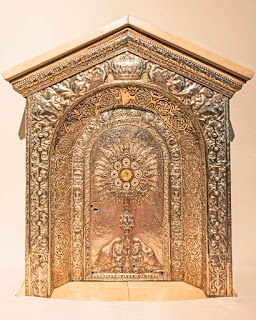 The priest in the poster is Jose Gabriel Brochero (1849-1914), also known as the “Gaucho Priest.”
While I was there in September it was expected that he would be recognized as a saint; it happened the next month when the current Argentine Pope Francis canonized him. 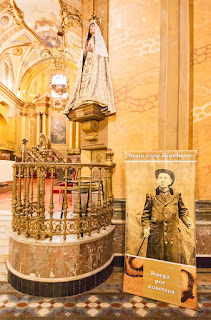 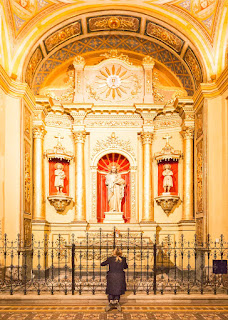 In the Convent of San Jose de Carmelitas Descalzas founded in 1628 the locutorio (below) is a room where the nuns were visited by their families who occupied the section where the chairs are.  In the interior room seen across the double grilled window, the nun accompanied by a chaperone communicated with the family.  The grilled window represents the separation between the world and the life dedicated to prayer and strict discipline. When the Carmelite nuns attended mass in the church, there was a similar arrangement to keep them separate from the lay world. The painting below is that of the founder of the order, Saint Teresa de Jesus. It represents a story of her childhood when with her brother, she escaped from her home to fight the Moors in Spain in search of martyrdom.  But they were discovered by an uncle who returned them to their home. 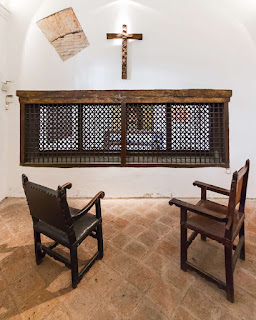 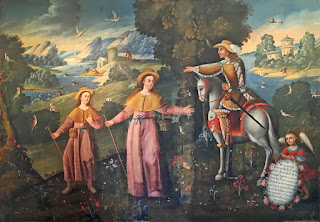 The Cathedral Nuestra Señora de la Asunción is the oldest church in continuous use in Argentina. Entering it to the right is the tomb of General Jose Maria Paz with a long military history starting during the war of Independence with Spain where he fought with San Martin in Peru, then participated in wars against Brazil, the Argentine Civil War where he attained several victories, and others. He was imprisoned, exiled and eventually restored during his life and died in Buenos Aires.  The statue in front of his Sarcophagus is that of his wife, Margarita Weild, who is buried there too.  The chess players are in a park behind the cathedral. 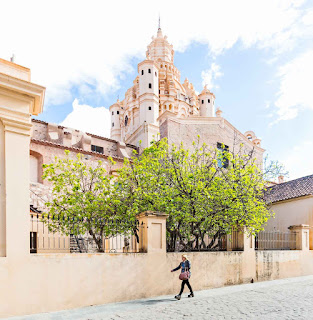 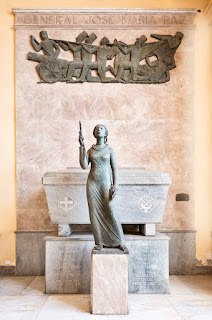 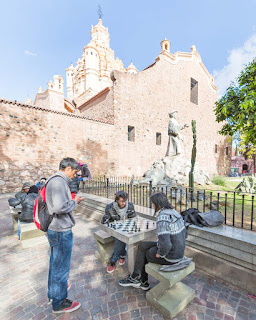 The Jesuit Bloc is a busy place with lots of restaurants and shopping areas. As in other Argentine cities, it appears that there was an era between the end of the XIXth and beginning of the XXth Centuries from the architectural styles as seen in the image below. The building with the columns used to be a bank and now is an art center. 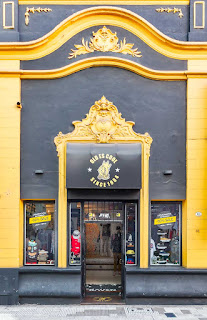 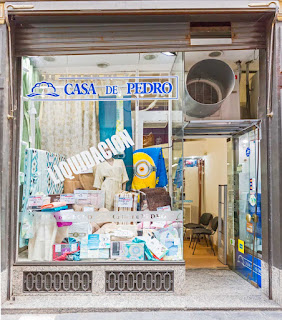 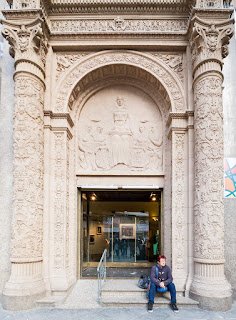 And there are lots of people making a living acting as clowns and playing music and a multitude of peddlers selling whatever is imaginable. And as always, citizens warning me to be careful with my cameras and wallets. 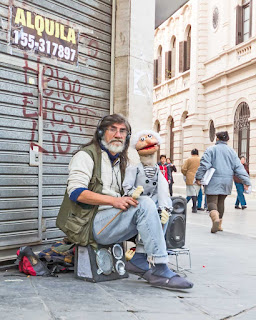 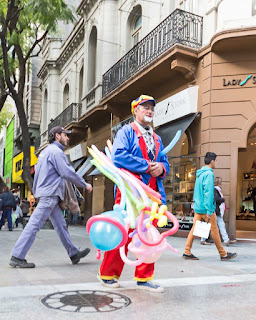 The building with the green door and giant fingerprints is a memorial to the victims of the military dictatorship during 1976-1983. The lines in the fingerprints are formed with the names of those who disappeared during that period.  And finally, the largest mural I have seen in my travels; it is a façade facing a parking lot depicting the history of the countryside in Argentina.  The bird to the left is that of a South American Cardinal and to the right is the giant mud nest of a hornero (ovenbird). The first panoramic image was taken with an iPhone since the 12 mm lens I had was not wide enough to capture the whole mural.  The other images are to give more details and idea of big of the mural is. 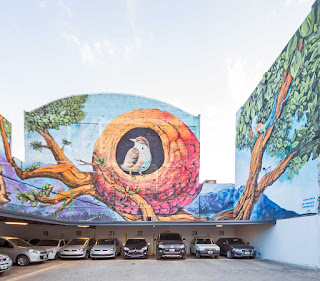 A 2mm spider is enough to scare most people let alone 20 inches. LOL!!

This is a beautiful historical post Jose with fantastic pictures as always. Thank you for sharing.