The Nansemond Indian Tribe’s Pow Wow took place 8/15-16/2015.  This is an annual event that takes place in Mattanock Town, the home of the tribe that is programmed to become the tribe’s tourist attraction in land formerly occupied by the Lone Star Lakes Park in Suffolk County.  It was recently ceded to the tribe as their ancestral lands and it covers about 70 acres.  This was the 27th annual Pow Wow and participants represent tribes from all over the country; some return yearly.  That is a reason for the variety of outfits seen at the reunion.

The Nansemond Indian trace their ancestry back to the 1600’s and was part of the Powhatan confederacy that played a major role in the first encounter with the English colonizers in Jamestown.  The tribe did not fare well in their encounter with the colonizers who robbed their crops and destroyed their burial grounds and villages.  The tribe was recognized by the state of Virginia in 1984. 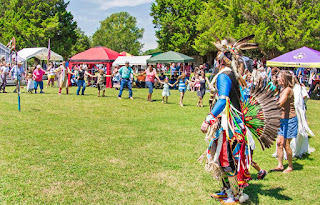 This celebration includes an opportunity for the members to show up in tribal regalia that are at times exuberant and colorful.  As you can see from the materials used, the outfits incorporate modern materials and free interpretation of original attires.  The women’s outfits are the most elaborate and are mostly designed and made by the users.  Considerable time and money, not to mention the pride of the users, have been spent on their designs.  Although there is not an open contest to identify a best outfit, it is obvious that one is present based on the participants eyeing the others outfits to prepare for the next year’s Pow Wow.  It is probable that these costumes may not be seen again next year. 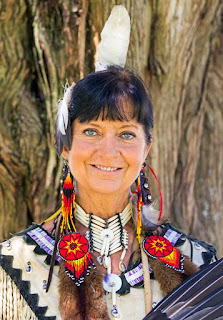 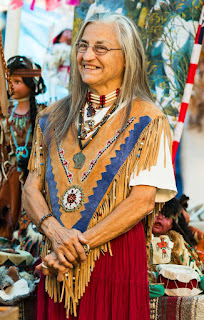 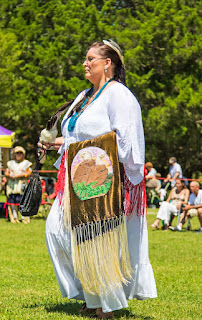 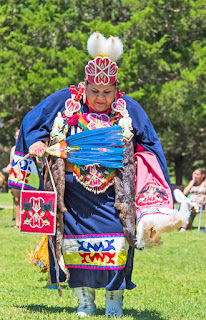 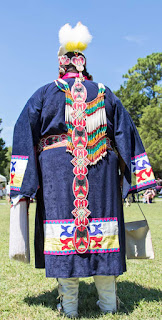 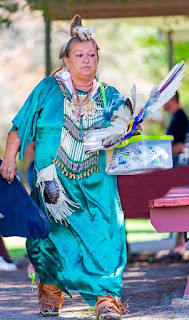 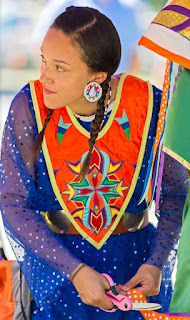 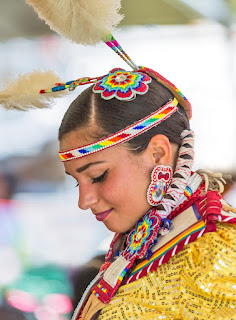 Men’s attire is not as elaborate generally although some are at the level of complexity of those of the women.  They varied from just simple plain clothing to full chief and warrior regalia. Weapons are part of the men’s outfits in a variety of forms from tomahawks, to bow and arrows as well as fancy knives and shields, not to mention the rear turkey feather tails; these are worn by the most feared warriors and varied in size according to their war heroics. 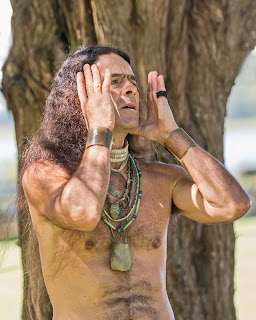 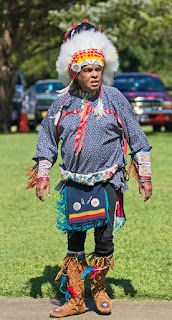 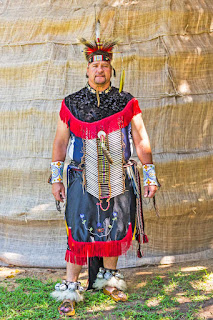 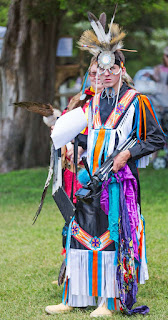 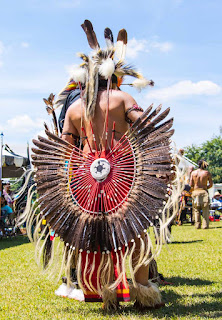 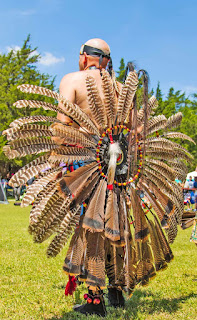 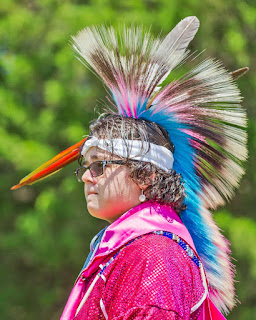 Dances are performed by tribal members of all ages and have different names such as slow, fast, chicken, war, women’s traditional dance and others.  All have in common dancing around in a circle accompanied by the monotonous drum beats and chants.  Some are extremely fast where the quality of the dancers is judged by their speed.  But regardless of the dance when it was over, the exhausted participants ran for a shady tent and a bottle of water and disposed of some of cumbersome outfits. 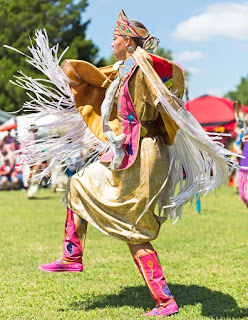 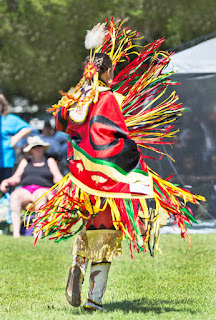 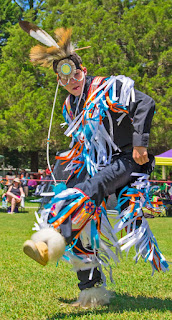 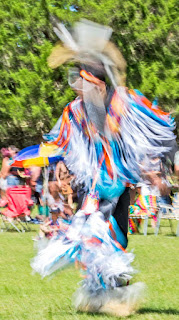 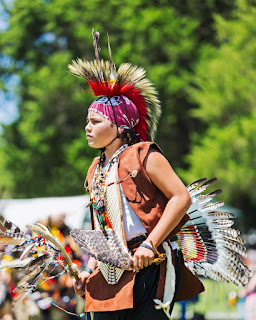 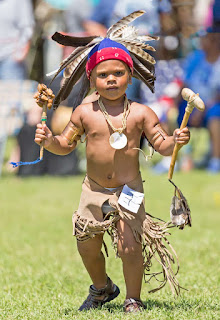 This Pow Wow takes place in August and I wonder why not in October in line with harvest of corn and other staples when the weather is cooler. Visitors will not have to seek the shade of a tree to add some comfort, and us photographers, will not have to deal with the harsh light conditions of a summer afternoon. 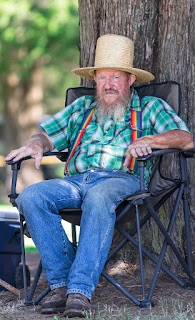 Stunning outfits!! I can imagine the hours of work they took to make. The bead work is so different than that of Africa. Does the guy with the bare chest mean he is not a great warrior? :) Your pictures really have captured the essence of the dance.