The Pumas of Torres del Paine 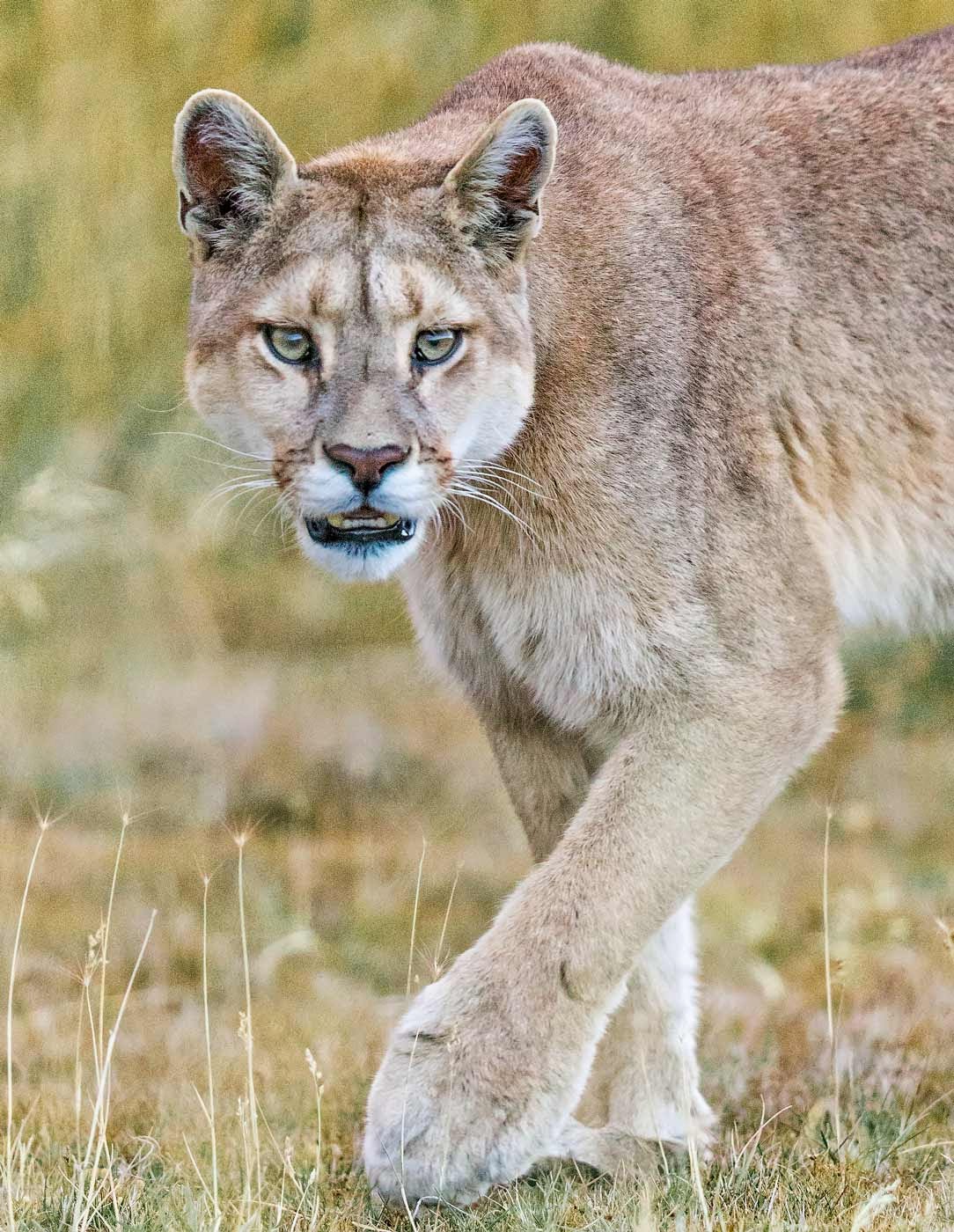 These elusive animals inhabit most of the American Continent and it is said that largest concentrations and body size are found in Torres del Paine. Therefore it attracts lots of photographers attempting to capture their images.  I have visited here regularly since 2004.  In my opinion, there is no other place in the world that offers the greatest opportunity for spectacular landscape photography that is enhanced by the frequent weather changes. 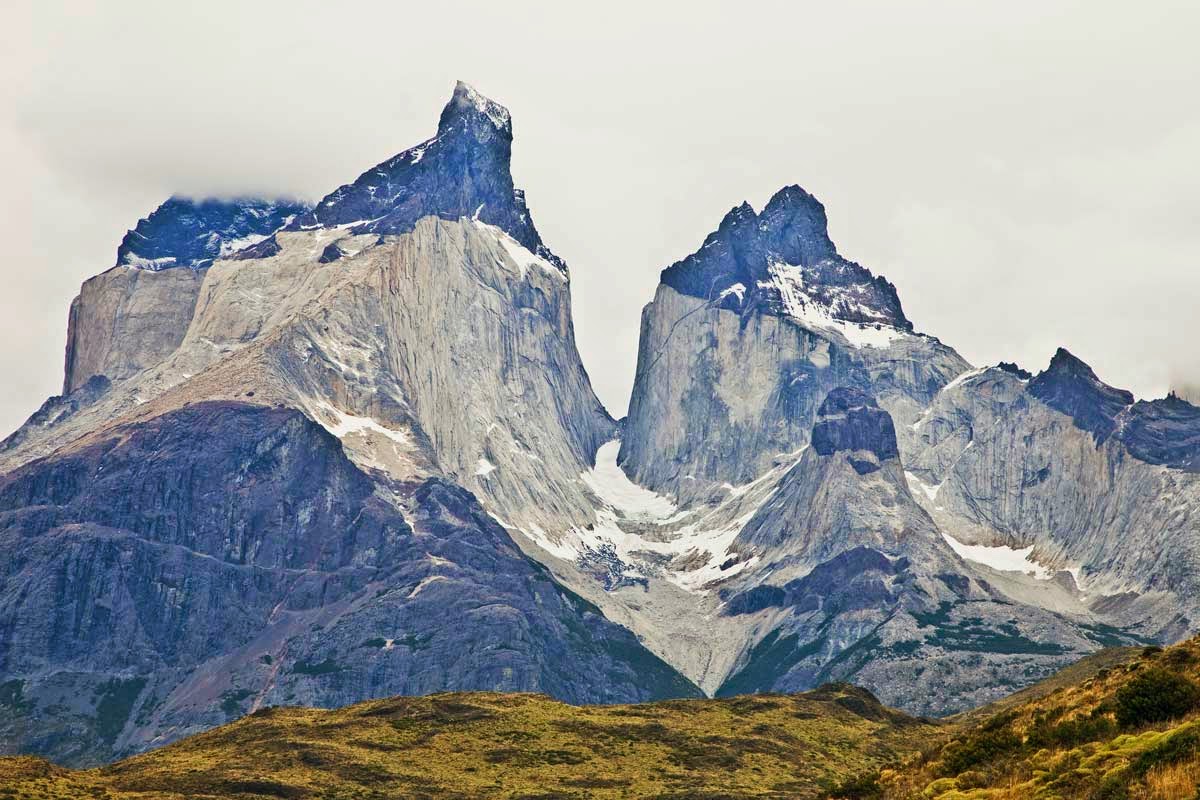 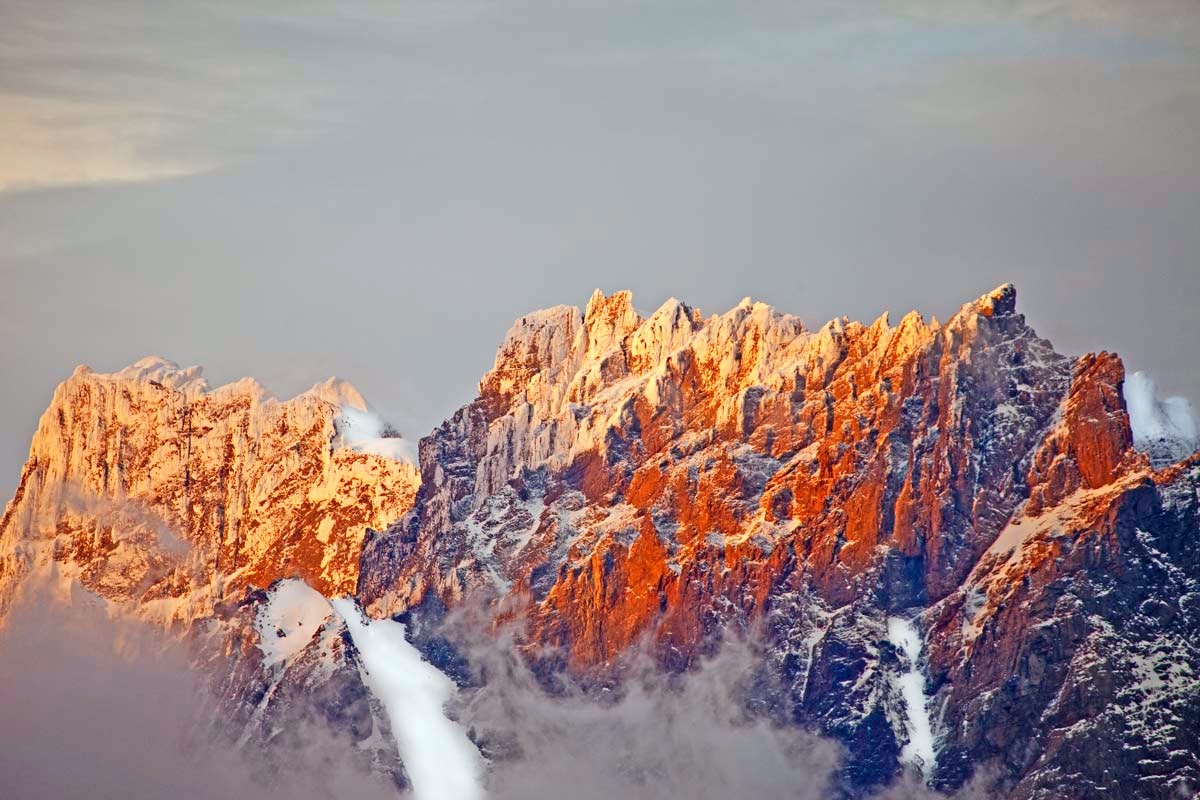 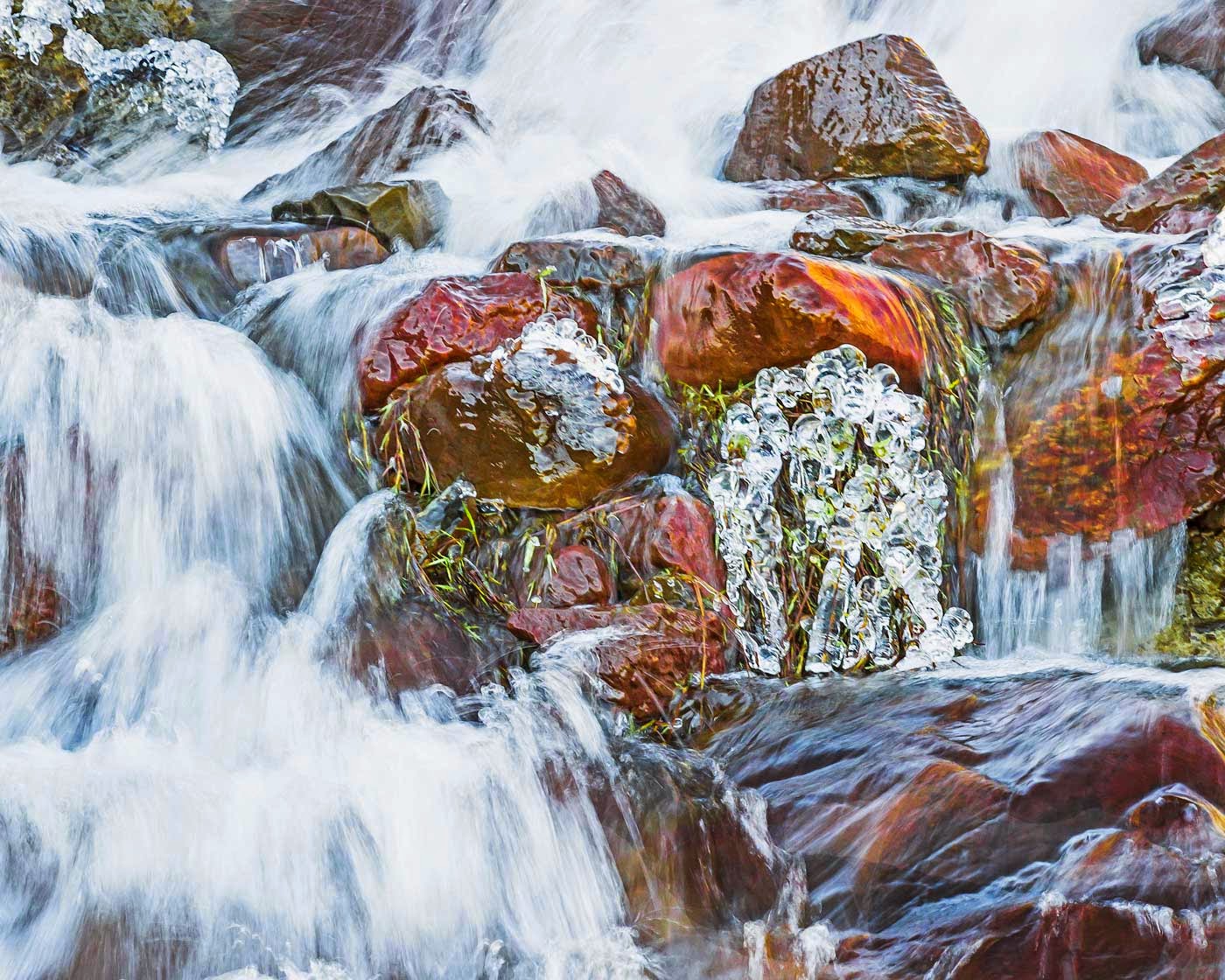 I saw the pumas during two different visits in 2013 but did not get photos worth sharing until March 2015.  I spent 8 days looking for pumas with a famous wildlife photographer from the USA and two friends from Chile who also assisted as guides/spotters.  We searched for the pumas early in the mornings and then again about 2 hours before sunset. This required long walks in the mountain areas where the pumas had been recently seen, scan the landscape and wait.  One of the advantages of having local guides is that they networked with others and information of sighting was shared. 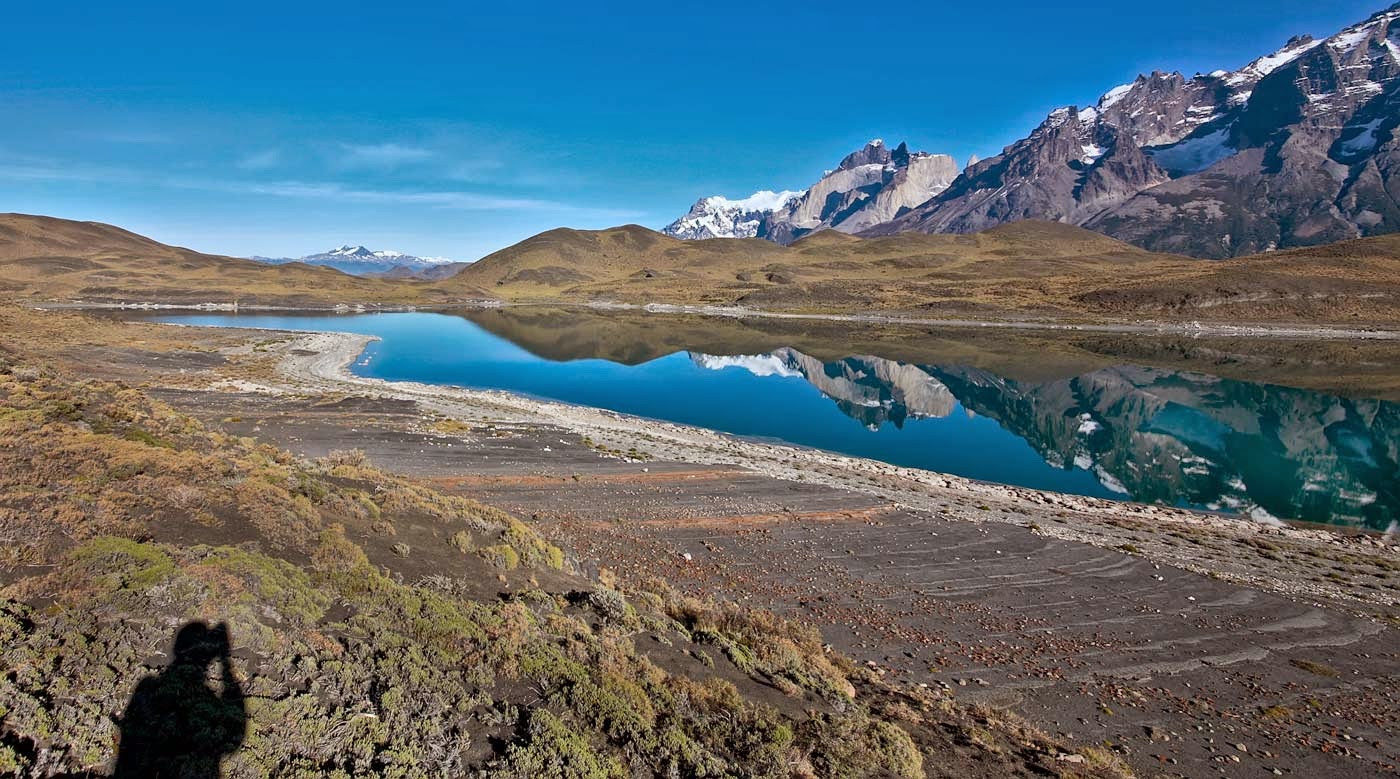 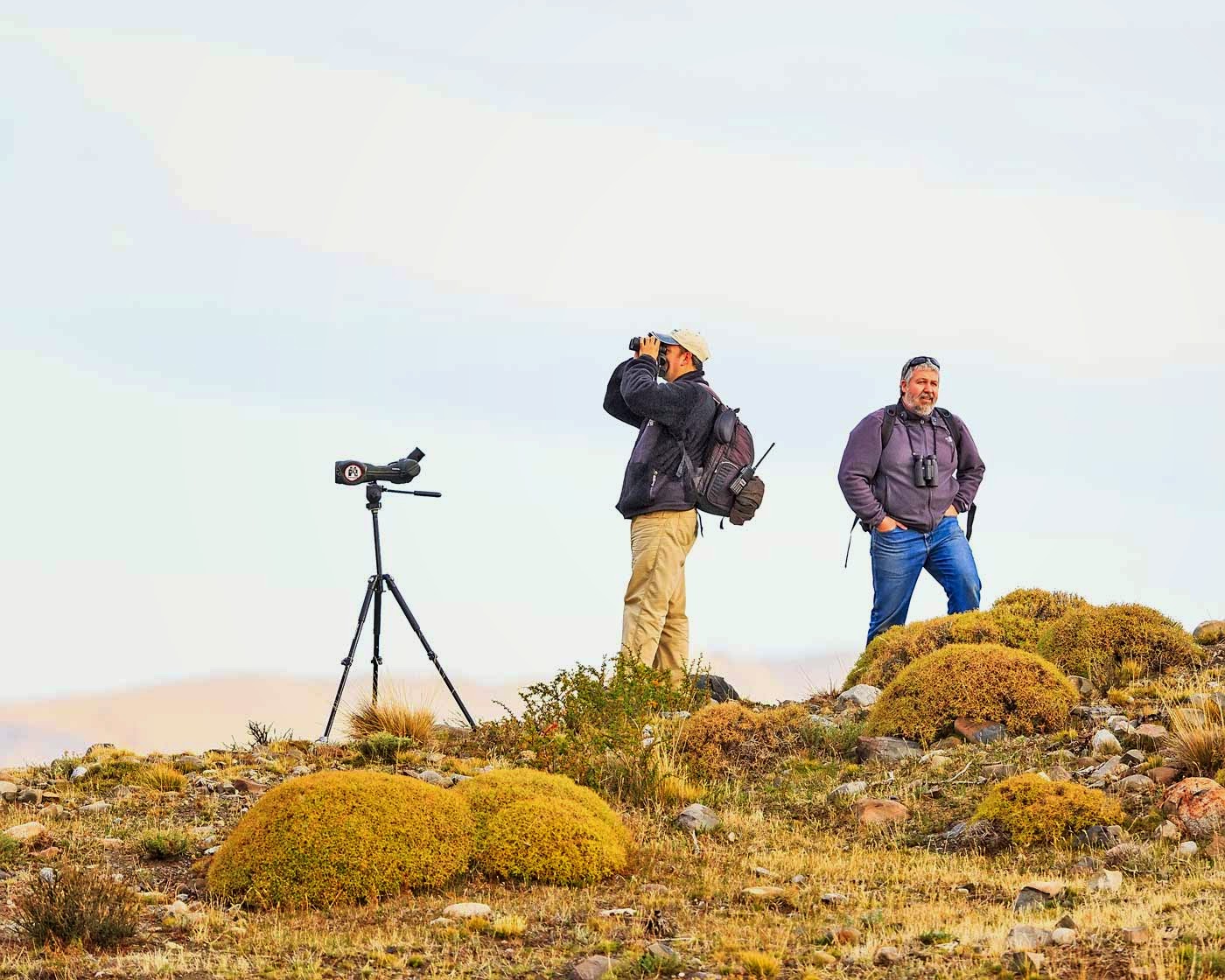 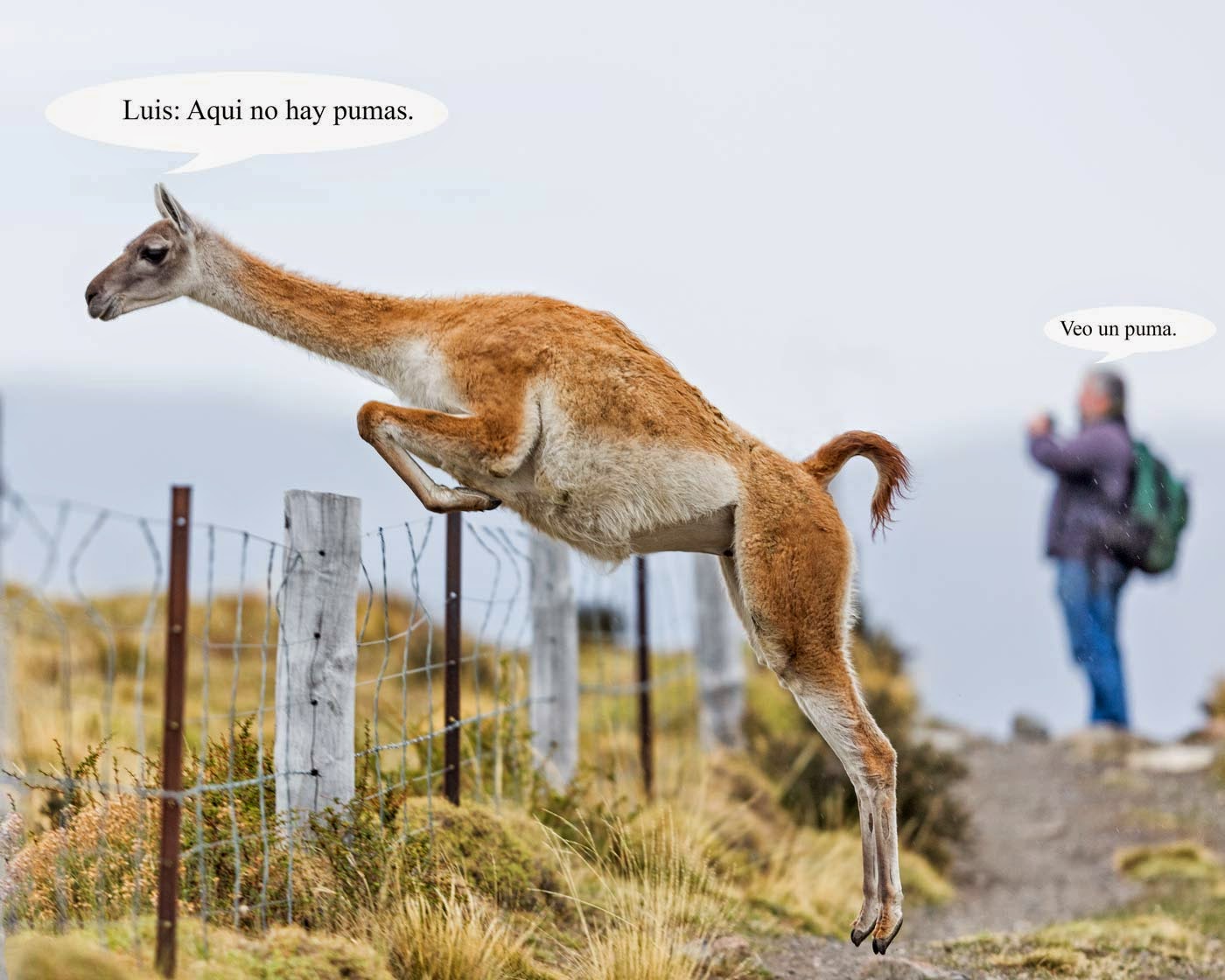 The guanacos are the major prey of the pumas, they roam in herds and while they feed, the males act as lookouts and stand at a nearby elevation to watch for predators.  If one is seen, the alarm is sounded and in no time the herd localizes the predator and approaches it…strange behavior.  So it is difficult for a puma to make a kill.  Although there are not many fences inside the park, they are at the boundaries.  Some of the pumas have learned the strategy of chasing the herds to push them towards the fences.  The adults can leap the fences easily but the young ones called chulengos, are not able to jump and become prey for the pumas. We saw this behavior once; 4 chulengos were trapped against a fence. On this occasion the puma did not make a kill and just sat down and went to rest.  The fields near the fences are covered with guanacos bones left from previous kills. 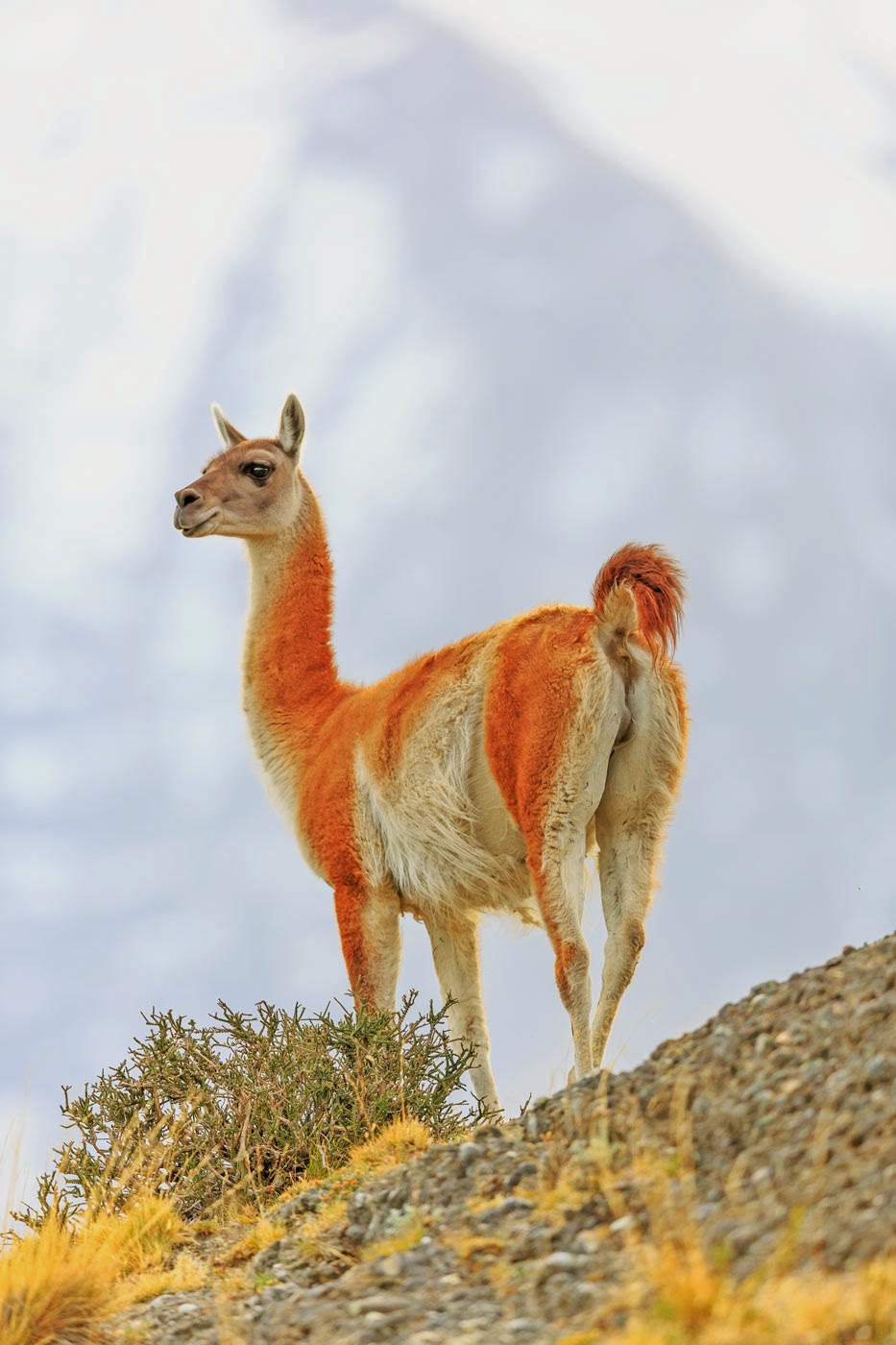 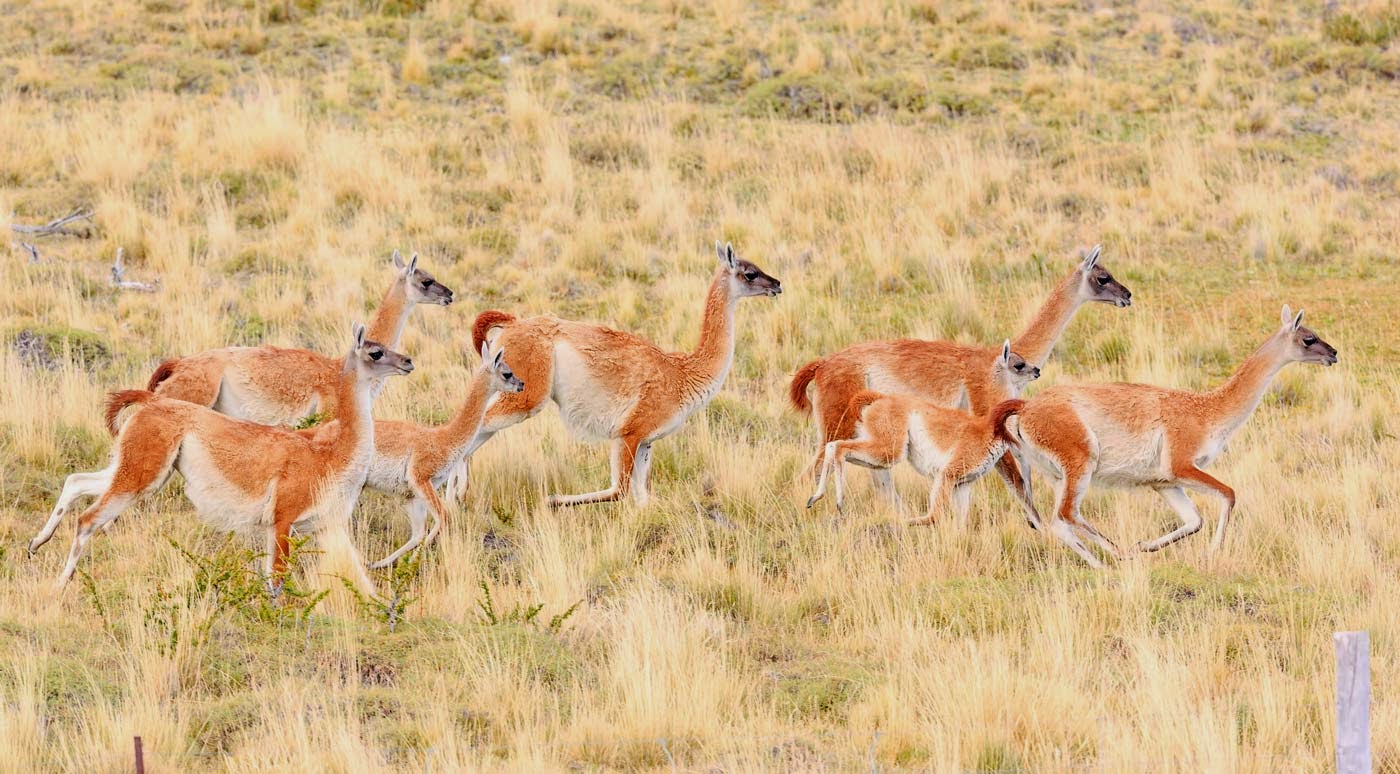 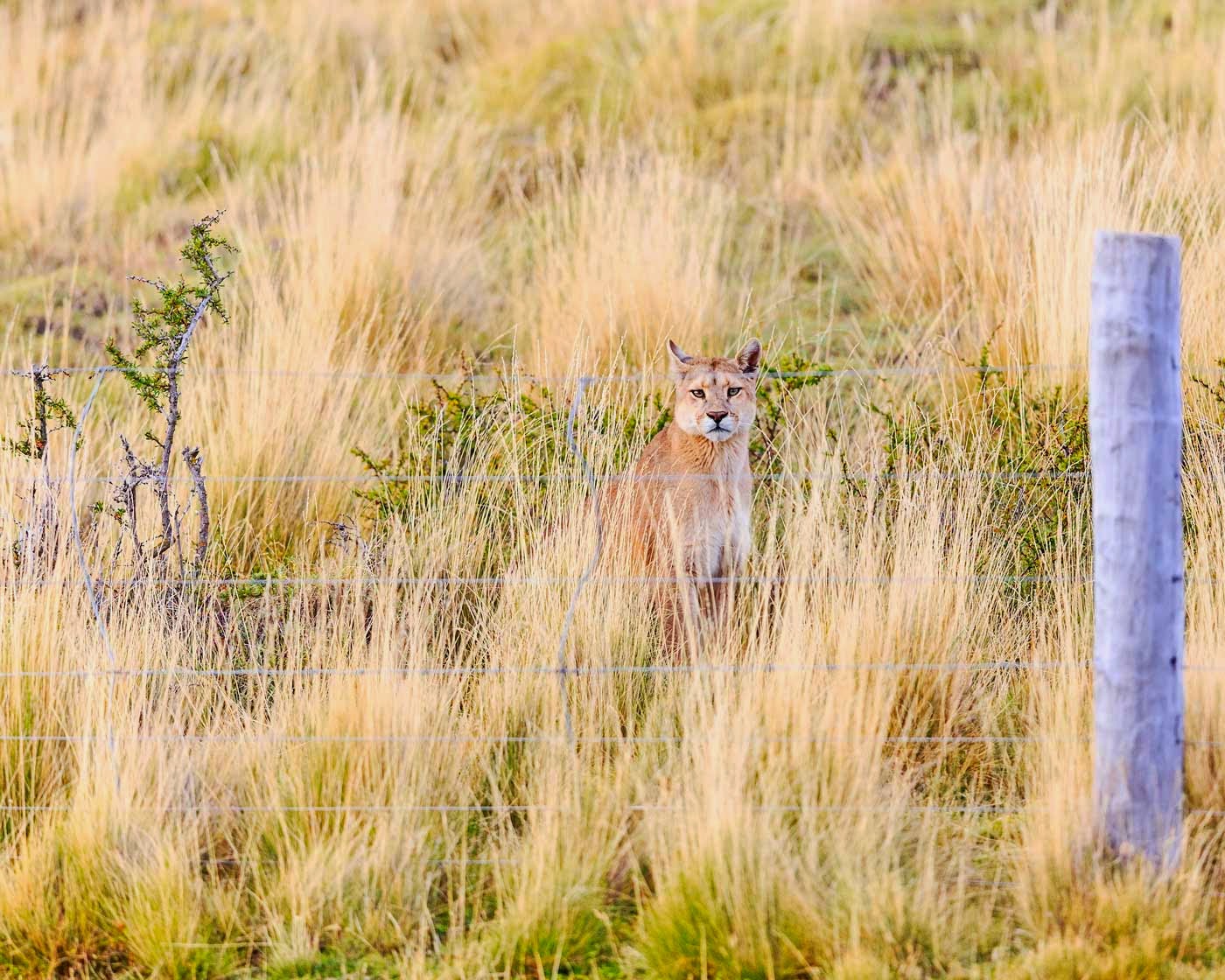 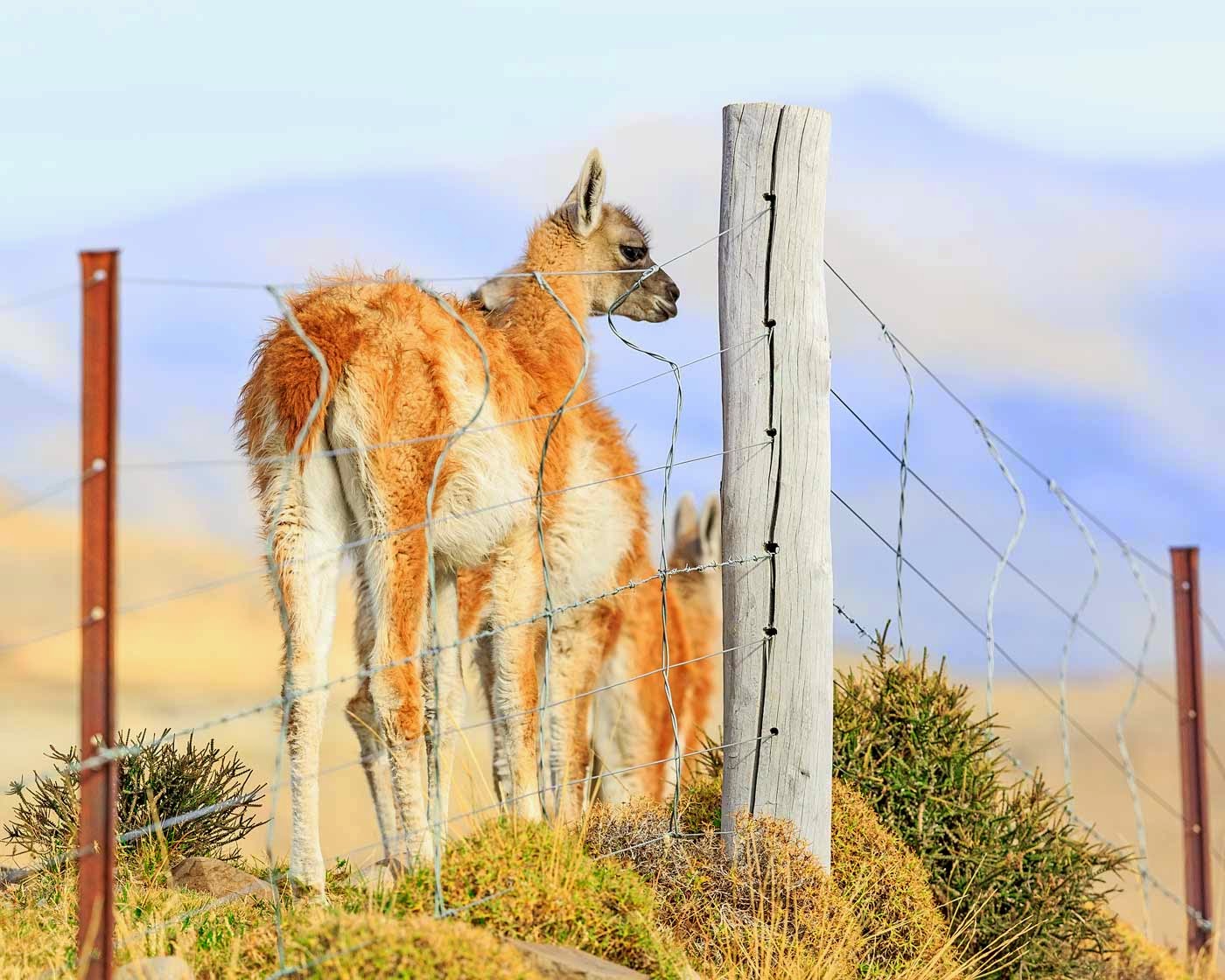 Torres del Paine has become in recent years a popular destination for landscape and puma photography. As a result, various wildlife photo outfits bring groups there.  We encountered these groups, one with 12 photographers walking the trails when a puma was sighted; see the first image below.  All started running to get a choice spot and in the excitement, they blocked the field of view of the others, tripped on their tripods…pandemonium.  It reminded me of similar situations that happen in African when a kill or action it taking place and the animals get surrounded by a circle of vehicles; not a pleasant sight. 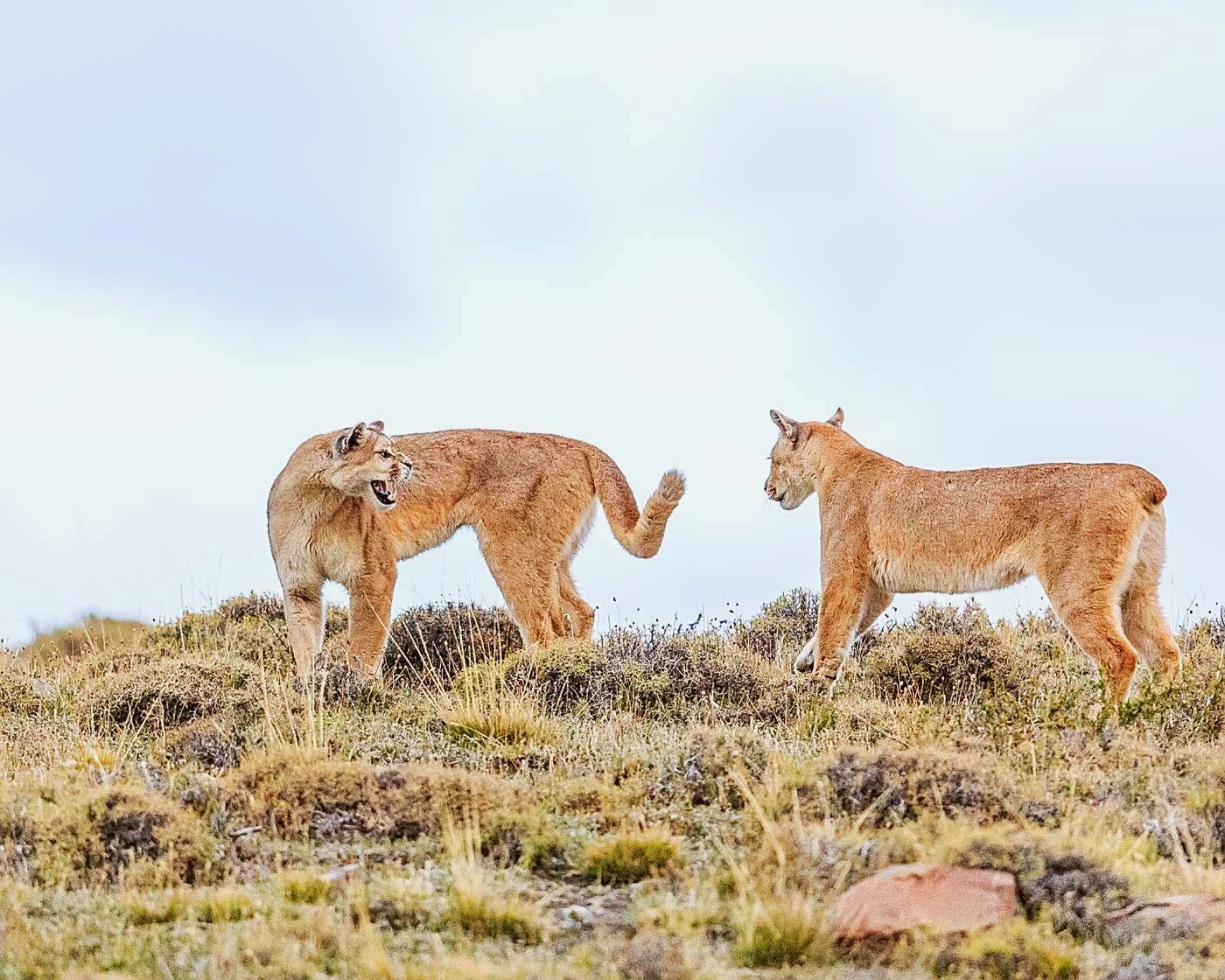 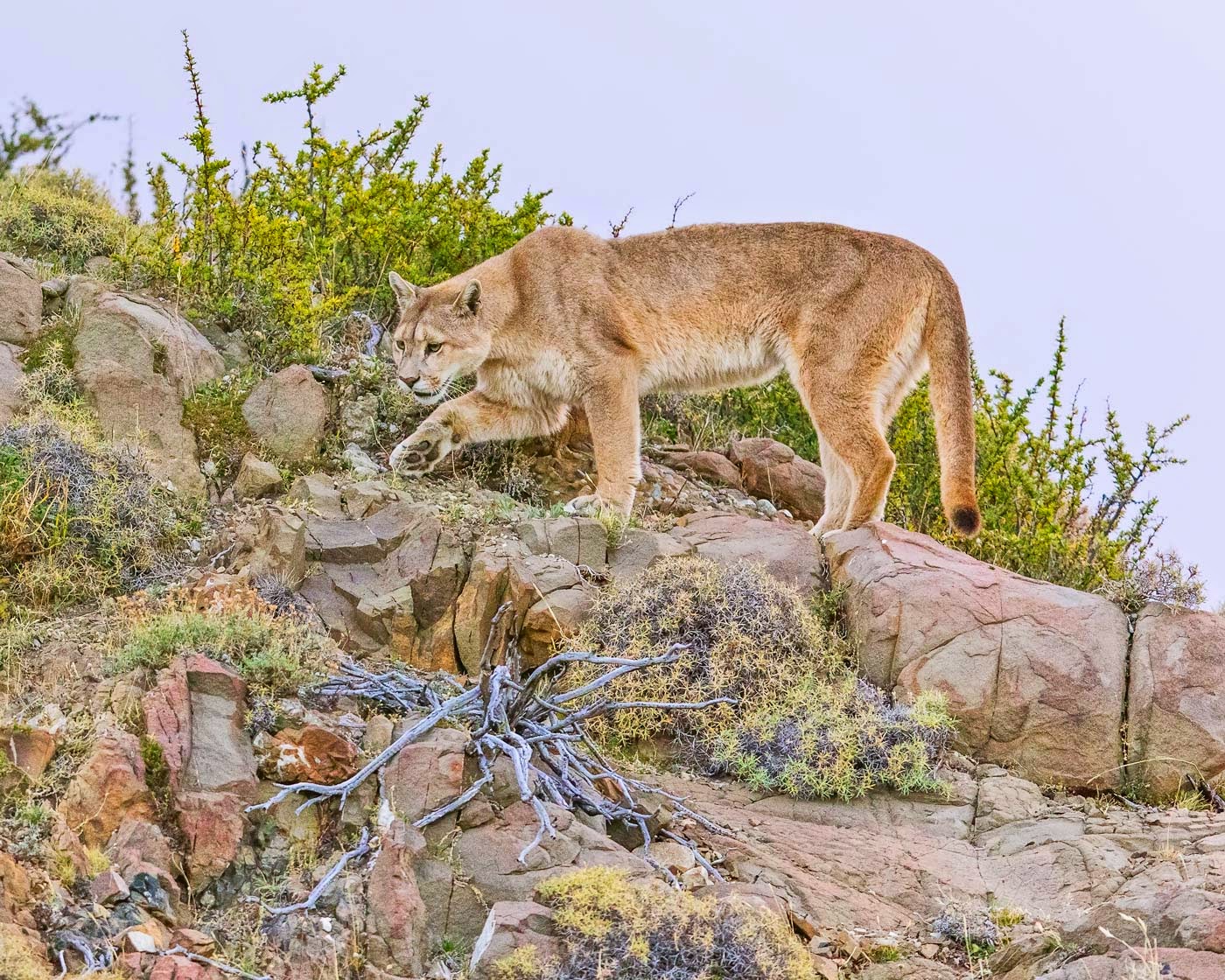 There were rumors plan between CONAF and a private environmental organization to fit pumas with tracking collars.  I have seen these practices in the Pantanal (see image below), Africa and the USA and question their value; of course it is done for the benefit of the animals and the advancement science.  Who wants to go and photograph a collared animal?  I did not hear of proposals for collaring foxes or guanacos too. 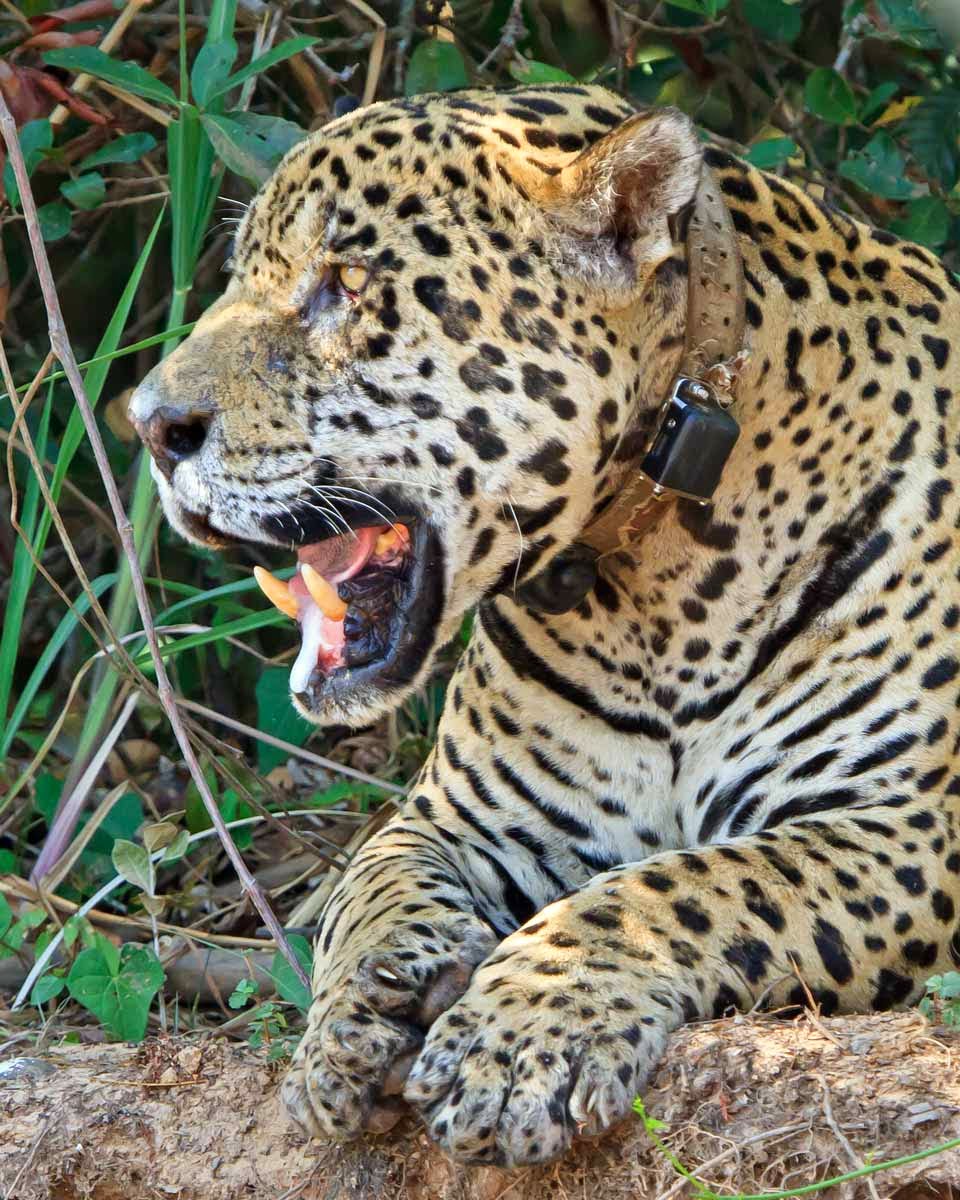 Torres del Paine is the premier tourist attraction in Chile with hundreds of visitors coming daily on bus tours from Punta Arenas, Puerto Natales, as well as Argentina.  These buses pose a threat to the ecology of the park due to the dust that they generate while speeding along the dirt roads inside the park, not to mention the safety hazards.  The roads are in what appears to be a continuous state of repair and the trucks bringing the material with open load beds also add to the dust pollution. One can see a dust cast over snow fields and glaciers, not to mention the vegetation next to the road. These darker surfaces do not reflect the sun’s heat, increasing the rate of the melting of the glaciers and snow cover. The answer is simple, pave the roads! Some are opposing this alleging it will destroy the pristine state of the park and increase erosion.  My answer is that most countries’ premier national parks have paved roads.  When properly designed and constructed they prevent further damage to the environment. Yellowstone National Park has paved roads resulting in safer and more comfortable rides and greater access for visitors without undue impact to the wildlife. 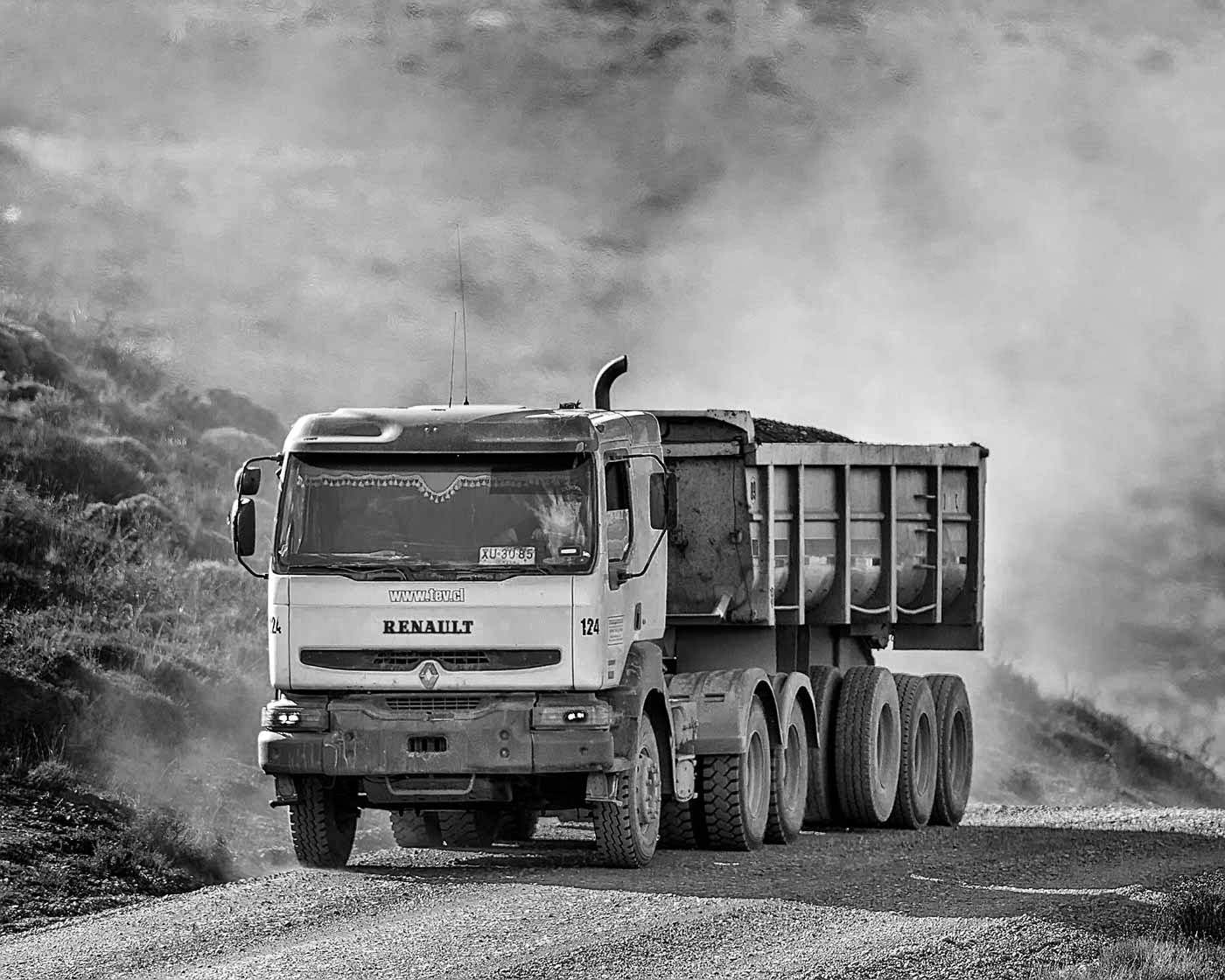 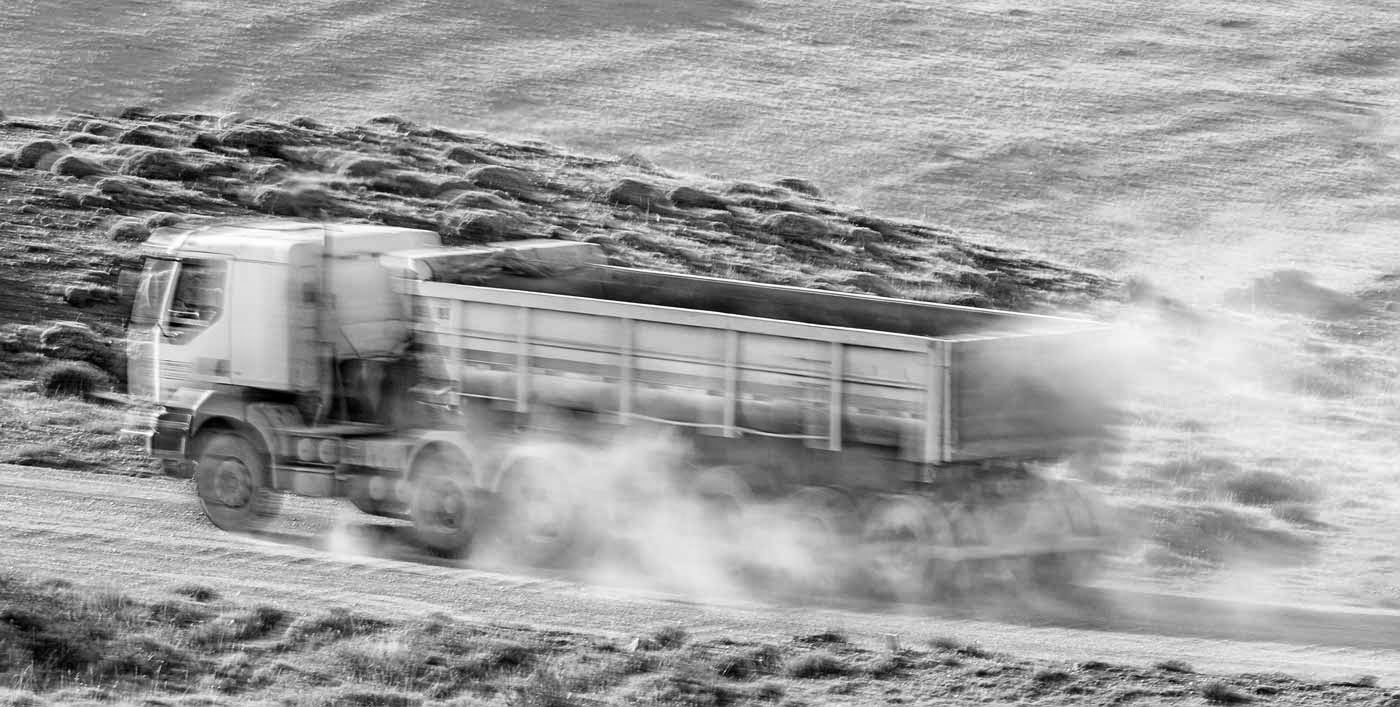 CONAF (www.conaf.cl ) suffers from a fragmented institutional design, and as a consequence, it responds to conflicting mandates and influence-peddling.  I was in Torres del Paine in 2012 during the fire; from my observations and talking with the locals at the time, there was a lack of firefighting personnel, equipment and expertise.  In 2012 and 2013 CONAF had a helicopter in the park for fire protection, but when I when I was there this year, it was gone. When I asked why, I was told that it was too costly to maintain. Chilean Parks and ecotourism will be better served if separated into its own agency with a single mission. Torres del Paine is my favorite place in the world, hope it remains that way. 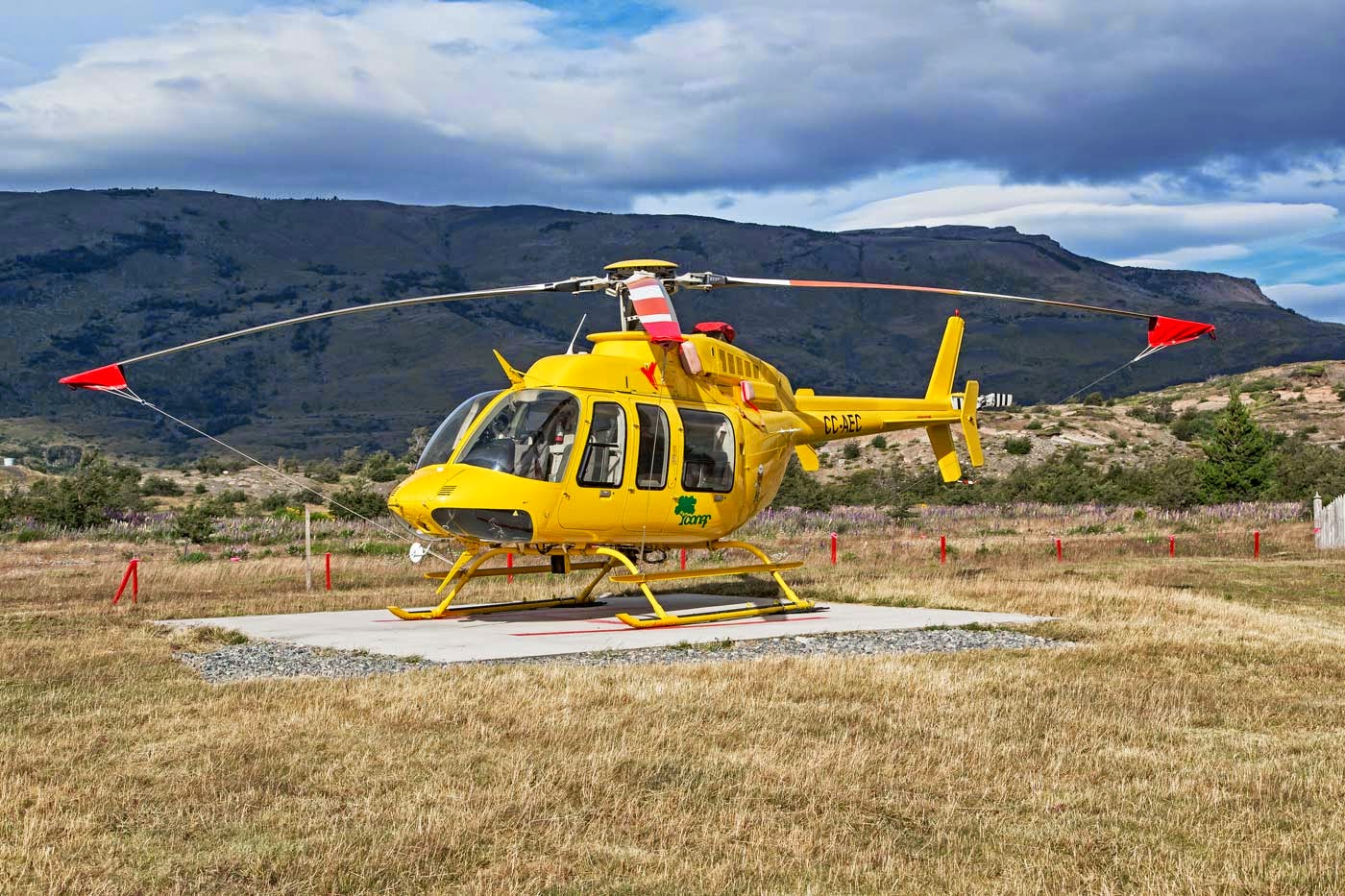 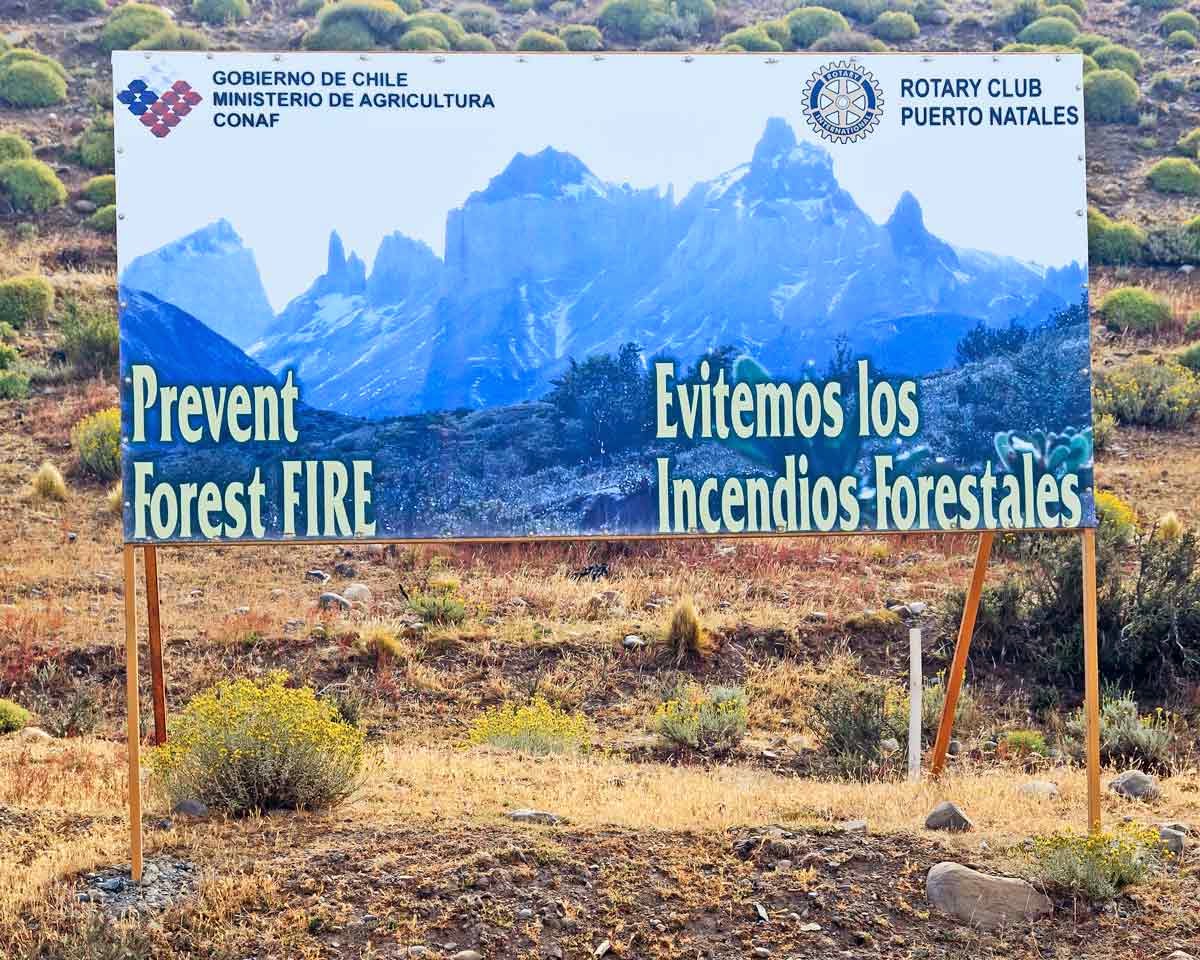 Absolutely gorgeous! Seems all National Parks have some kind of problem and usually based on lack of funds. I've seen buffalo, lion and leopard jams but never a puma jam.

It is totally unfair of you to post something when I am traveling and cannot get to comment first. :)

What a wonderful, informative post Jose. The landscape scenes are incredible and I can seen the attraction of going there time and time again.

I have seen lions here use the same technique when hunting giraffe, especially at night when the giraffe cannot see the fences. Animals do learn to take advantage of their surroundings.

At all lion sightings we have the same crowds and I avoid them at all cost as it is sheer madness. I rather look for lions of my own which I can watch in peace, then again, lions for the most part are so lazy and just lay around sleeping so unless they are hunting, I do not spend my time watching them.

Paved roads are the answer or like here in Kruger, the main roads are paved and the others left as gravel but strict speed limits are enforced on all of them - not that everyone obeys, but most do.