I was last in Kenya in 2009 and since then, there have been great changes in urbanization and highways.  There are several modern highways being constructed around Nairobi and other national highways.  From the signs around the construction sites, they are being funded by the Chinese government.  They are also building a new railroad from Mombasa to Kampala; fortunately the workers will not have to face the “man eating lions of Tsavo” as those who built the original railroad during the British Colony in the late 1890’s.  No improved highways are to be found leading to the Masai Mara, the biggest tourist attraction in the country and the home of the greatest nature show on earth, the crossing of the Mara River by the migrating herds.  It was explained that the airlines providing flights to the Mara are opposed to the improving the highways since this will cause their lucrative business to diminish.  As a contrast, in Tanzania, one can drive from Arusha to the gates of Ngorongoro Crater Park by roads in good conditions. 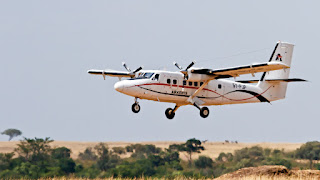 This safari was kind of “déjà vu” since I visited most of the sites that I did in 1993 during my first trip to Kenya.  I headed first for Sweetwaters where I was last in 2004.  The number of tents has increased, with the original row facing the waterhole being the prime location.  A second row of elevated tents were built behind the original ones.  The food here was the best of all the places visited but unfortunately, they have an unvented grill inside the restaurant which really pollutes the atmosphere. 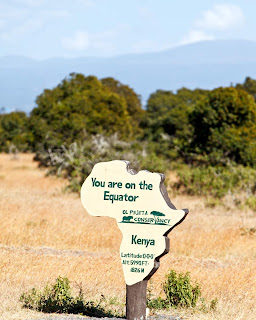 The waterhole is busy and one can seat in the front porch of the tent and shoot the action while drinking Tuskers.  Jane Godall’s Chimpanzee Sanctuary is located here as well as a Rhino Sanctuary.  Back in 2004 I was privileged to visit with Morani, a tame rhino that allowed tourist to be photographed next to him.  Now there is Baraka, a blind rhino but not friendly.  This reserve is worth visiting since there are opportunities for day as well as night game rides.  I was lucky to get one of my best photos of a cheetah early one morning.  Yes, I will recommend it. 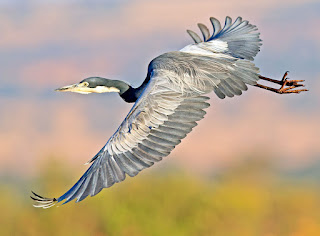 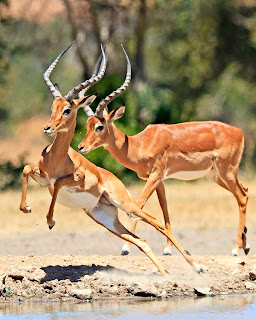 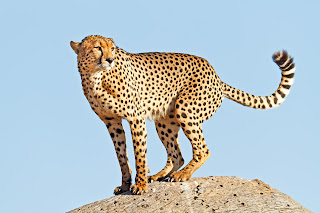 Mount Kenya National Park was the next destination where we visited the Serena Mountain Lodge; my third visit there.  The lodge is dated and in need of upgrading but it is a great location due to the waterhole and the opportunity to capture images of some animals not easily found in other parts of Kenya. The lodge being in a mountain, in the higher floors, provides an eye level view of the tree canopy.  This gives a great opportunity to photograph Colobus and Sykes Monkeys; they alone make the stay there worthwhile. 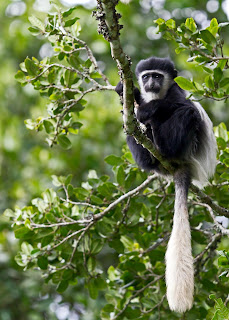 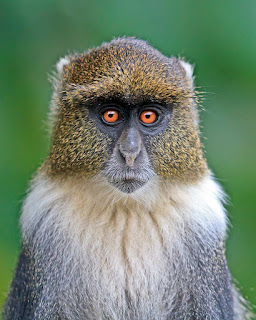 From Mount Kenya I returned to Nairobi to meet some friends joining the safari.  After meeting the newly arrived, all first timers to Kenya, we departed for Sangare, a tented camp northeast of Kenya.  This camp has a small lake giving a great opportunity to photograph birds as well as water bucks, and a rare horse/zebra.  It is the result of the offspring of a zebra and a horse; an image is above. 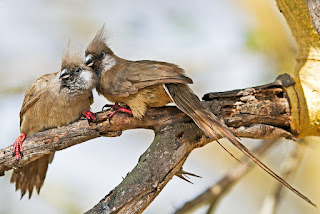 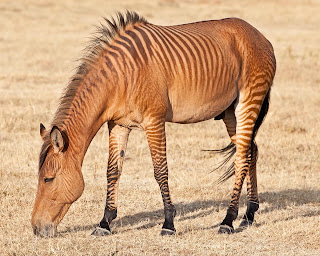 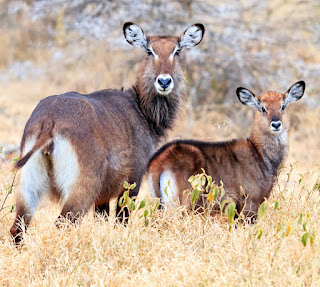 From Sangare we traveled to the Aberdare Country Club where we stopped for lunch.  I was previously here in 1993 and the changes have not been for the best.  The quality of the staffing, facilities, food and sophistication has severely declined since the days when it was managed by British owners.  Now is run by local Indians and the obvious the new business model of squeezing all the profits you can.  The atmosphere of the glamour days of the 1930’s and still there in the early 1990’s is gone forever.  While leaving the Club, we ran into a Manned Rat, a beautiful one and a new species for me.

We spent the night at the Arch, another site visited in 1993, there were basically no structural changes.  The rooms are in need of upgrades which the administration admitted; there was a sign at the entrance apologizing for the conditions and that they were in the process of renovating the rooms.  One thing about following a tradition, there are no locks in the doors to the room, so beware of leaving expensive gear in the rooms.  But the wildlife visiting throughout the night is still coming and the bunker is still accessible to photograph elephants at eye level…no flash please! 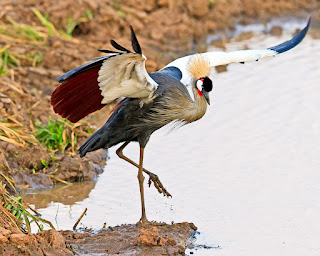 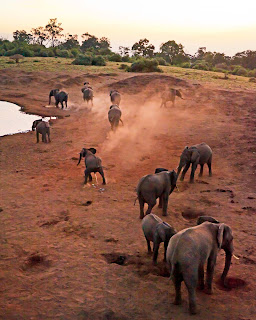 The next morning we continue to Solio, the rhinoceros wildlife sanctuary, this place has grown since my first visit to and definitely has improved.  I do remember the last time that there were not so many rhinos and were difficult to see since they hid in the bush when the vehicles approached, now they don’t pay attention to the traffic or tourist screaming from the open tops.  They are conditioned to people, and easy way for photographers to great shots of these awesome beasts. 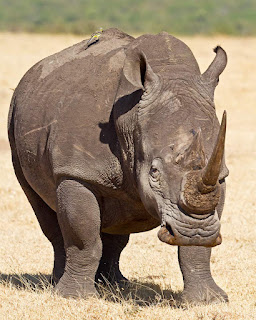 Next we arrived at Lake Nakuru, which I have visited several times.  Other than a decline on the quality of the food at the lodge, and the facilities still frozen in time in the 90’s, it is still a place to visit.  The lake with their pelicans, spoonbills and flamingoes are always a pleasure to observe while waiting for a hyena or jackal to chase them to catch a meal.  So far, it has not occurred during my visits, so I will have to return.  During this visited I had the luck of visiting the waterfall which I never seen previously; here I captured the images of the baboons below; she seems to be thinking…will he ask me for a date? 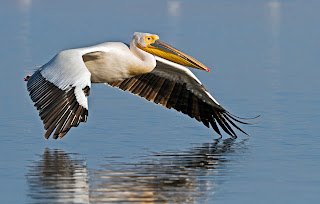 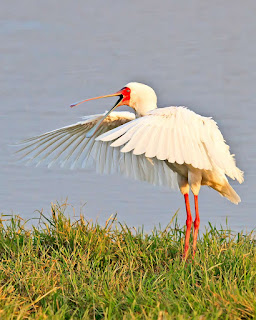 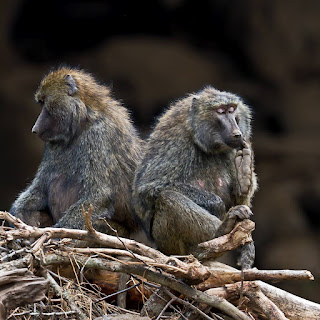 From Lake Nakuru we drove to Lake Naivashia in the early morning to photograph the fishing eagles without much success.  Then we continued to the ultimate destination, Masai Mara.  It continues to be the best for wildlife photography site despite the numerous visitors.  It is common to see more than14 vehicles surrounding a lion kill or leopard hunting.  The numbers of vehicles were not so noticeable back in the early 1990’s.   As in Solio the animals have become conditioned to the vehicles and the tourists, making their photography easier. 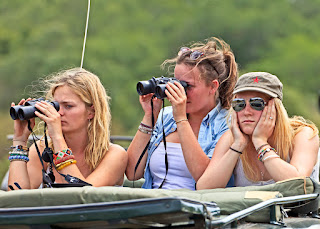 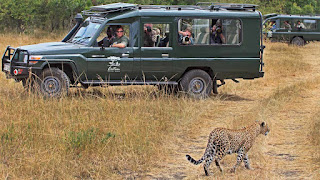 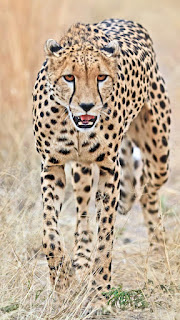 The Mara may not last in my opinion 20 more years due to the country’s population demands and foreign development investments.  The water level in the Mara has declined drastically since I was there in 1993, during my last two visits; the herds just waded across the river.  The last time I saw them swimming across it was in 2004.  If water continues to be depleted by destruction of the forests where the Mara River originates or by diverting it for irrigation, the migration ceases.  Still the opportunities to see a kill are feasible and while there, I witnessed a cheetah kill.  These are extremely difficult to photograph because it happens so fast and it hard to predict in what direction the chase will go.  Although I did not get great image of the chase, the cheetah got its meal. 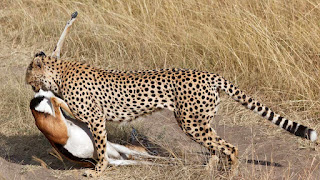 And there are the always lions in love as well as the elephants, birds and other wildlife.  The greatest wildlife nature show is still with us, but don’t wait long to experience it. 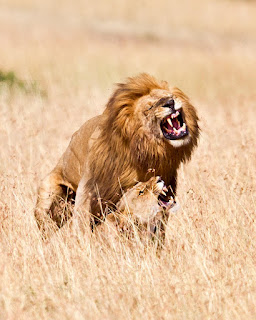 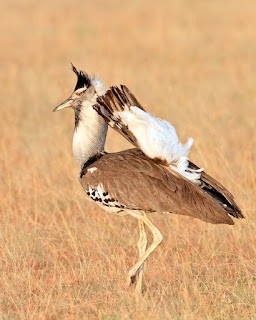 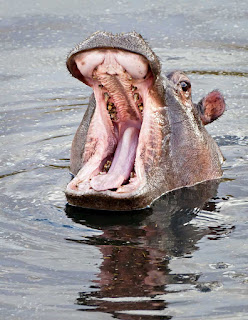 What a totally stunning and fantastic post Jose. This has to be the best one you have ever done or am I just being prejudiced because I love Africa as much as you?

I often wonder if new roads etc are an improvement or not? Seems to me that upgrading and putting in new roads somehow takes away from the feeling of “wilderness”. Guess I prefer the dusty old ones. LOL!!

You sure got to go to many places and it is nice re-visiting old ones not seen for a long time. Sometimes with change in owners, service does not improve does it.
As always your photographs have beautifully captured you trip and what you saw and I am pleased you share this with us.

I forgot to ask - where did yu find that cross between a horse and a zebra? Was it wandering in the wild or was it on a game farm?

What a fabulous foto!

What fun we did have during those 10 days in Kenya. As always your photos are super. I am looking forward to traveling with you again. I know Becky enjoys your company as much as I do.