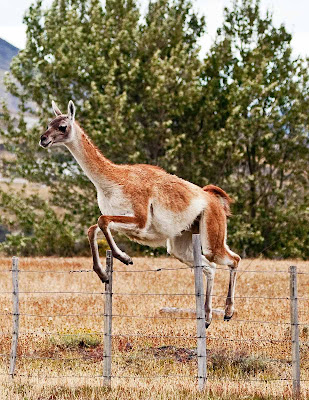 While driving in Torres del Paine Park one late morning, I observed a guanaca and her young standing next to a fence and decided to stop to photograph them. I suspected they were about to jump the fence. I thought that they would move back and to run to get speed before jumping. Much to my surprise the adult one just squatted a bit, sprinted into the air and over the fence she went. Then she started calling her young who was hesitant but eventually cleared the fence too. Once reunited with the mother, it was rewarded with a snack. I have seen Thompson’s gazelles springing into the air but I could have never imagined a bigger and heavier guanaco doing the same. 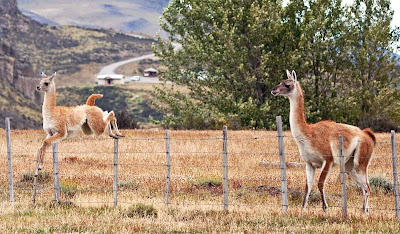 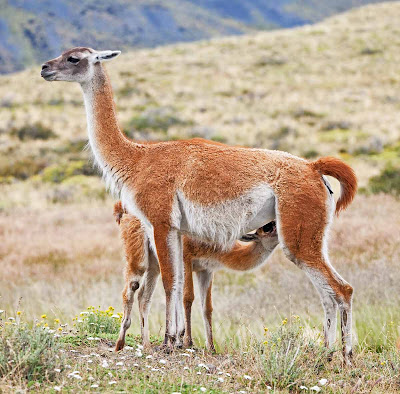 Most of my adventures are in search of new bird photo opportunities. While in Torres del Paine I added a new bird to my image collection, the buff-necked ibis, known in Spanish as the bandurria baya or scientifically as Theristicus caudatus. This bird appears larger than the ibises commonly seen in the United States and move in flocks of 5-6 birds in the fields looking for insects. They have a peculiar call and are not easily approachable. 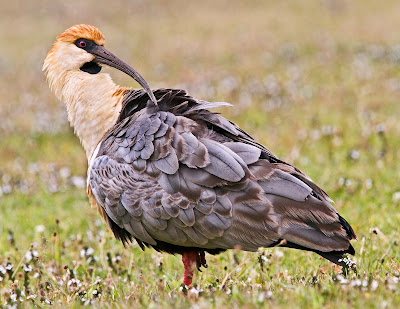 There were some Southern Lapwings (called teros in Spanish or by their scientific name of Vanellus chilensis) in the same pasture as the ibises mentioned above; but these are very noisy and aggressive towards each others. They look for food in horses’ droppings by breaking the piles searching for insects. When one takes possession of a pile of manure, it becomes very aggressive and chases away others at times resulting at times in fights as seen below. 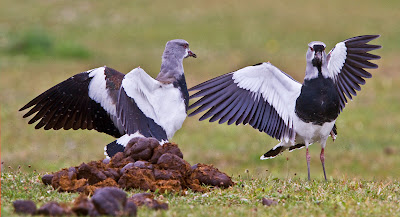 After leaving the park I stopped at Puerto Natale for fueling at a gas station across from the bay. What did I see swimming nearby? One of the birds I had been chasing for a long time, the black necked swans. These I had seen in a previous trip but was not able to photograph. This time I got the opportunity but weather conditions were not the best. These birds seem to be at home in fresh as well as salt water. 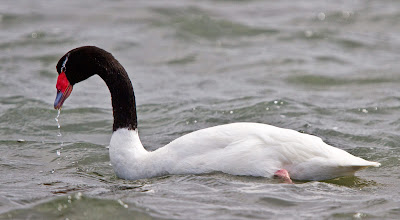 And yes, there are gauchos in Chile too. 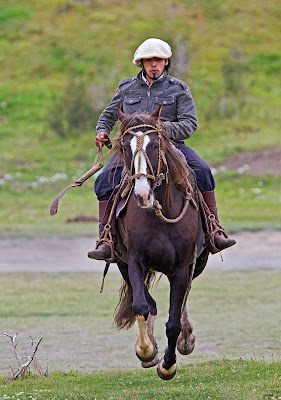 LOVE the pictures of the guanaca sequence Jose. That young one is just too cute!! I have seen Kudu do the same and it never fails to amaze me how they can get that weight over such high fences.

What a strange looking Ibis!! Actually an ugly looking bird. :)

Looking for food in a dung pile? Well, count me out!! LOL!!

The swan is beautiful!! They are such graceful birds.

Now I'm going to play with my new laptop. :)

good shots of birds I have never seen neither a guanaca, so thanks for sharing.

I love the photo with the guanaco, it is superb.
I just discovered your blog, I'm about to take a nice trip.
Thank you.

To Doowmee: I think I know you:) Bon voyage, mon ami!

To Jose:
The guanaca look so elegant, even when they jump the fence:) And I really like the look of the teros (maybe not their behavior).