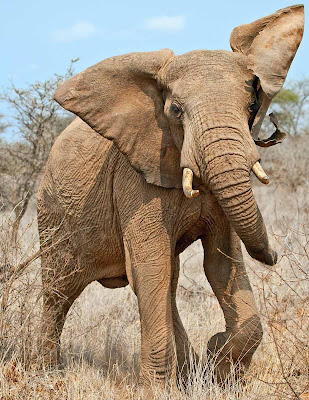 Elephants are pachyderms that also include the rhinoceros and hippopotamus; the word pachyderm means “thick skinned”. There are arguments as to who are the closes relatives of the elephants and among them the manatees and the hyraxes are listed. Who are really these animals that have amazed, entertained and decimated because of their ivory. By the way, the word elephant is derived from the Greek word for ivory. 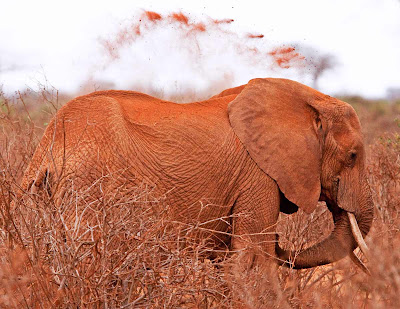 Are they really thick skinned? It does not appear so since they tend to cover the skin with dirt or mud for protection from insects and the heat of the sun. And this leads me to ask what the color of an elephant is? It is easy; it is mainly that of the soil that they are in. As you can see from the various images in this blog, they are gray which I think is their prime color and the yellows, blacks or reds are just those of the soil that they use as make-up. 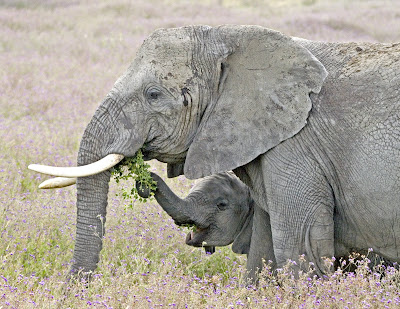 These animals are the most interesting I have encountered and their interrelationships are governed by a matriarchal society fully focused in the raising and protection of the young. What wonderful childhood it would be if I would have been raised by elephants…constant attention, no day care centers, not having to go to kindergarten, and free to wonder around. 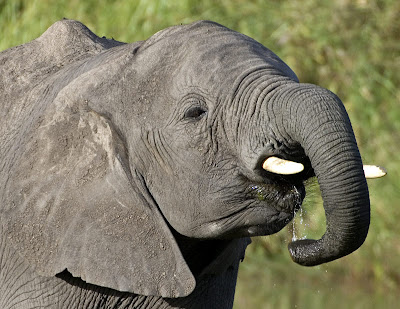 The proboscis is the definite anatomical structure of the elephant. No other animal has such a wonderful tool that works as a nose, hand, snorkel, signaling flag, weapon, water hose, hugging and hand shaking device. It will take too long for me to elaborate in the various tasks that the proboscis is used for I must mention to what I refer by signaling flag. 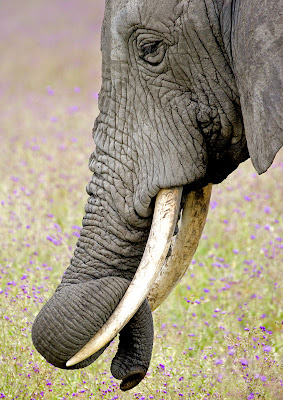 The elephants can communicate their state of mind by the position of their proboscis; if you get to close they will raise and lower it giving you a warning to keep your distance, at times they want to get close, the proboscis relaxed and dragging the ground, or they just stand there watching you with the proboscis resting in one of their tusk, which reminds me or Rodin’s statue of the Thinker. 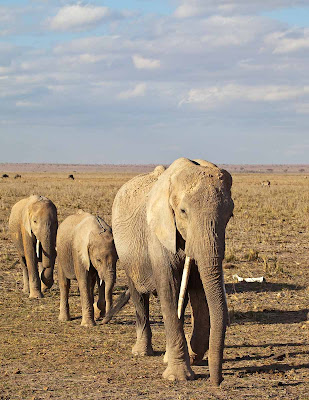 Since I mentioned “Thinker”, this implies intelligence as expresses by their care of the young, defense of the herd, social stratification, inter/intra species communication, grief when faced with death, playing, recognition and greeting of siblings, etc. Are they intelligent? I say they are…and probably due to their proboscis as ours are due to our hands. 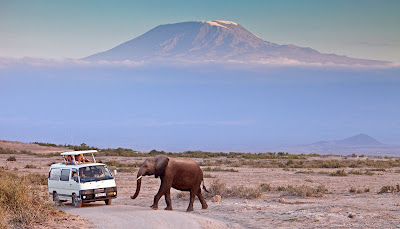 What a wonderful post Jose. This text is extremely interesting and well written. I love the various pictures showing them in all their colors.

I would have liked to be raised by elephants too but I am not sure I would have enjoyed the mud baths. :)

The shot of the mother and baby has to be my favorite of the series. Thank you so much for posting the elephants. They are one of my favorite animals and I can spend hours with them.

I am very intrigued by how elephants look like, and like to ask you permission to use one of your pics for painting them!
Tried to write you by email, but I got a failure notice back...is it still a current address?
Anyway, please let me know - thanks! Jeannette

By all means, let me know which one you want to paint and I can send you and image to your email address. Glad you like the photos.

Jeannete: Forgot to give you the email address for this blog is joedhern@gmail.com. As per previous blog, just send me your email and photo of interest and I will send to you.

Thank you Jose! we'll do!